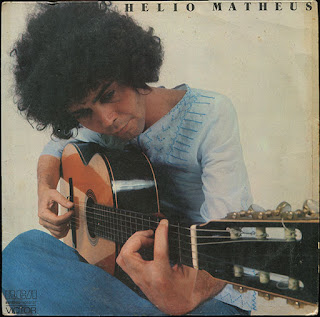 Brazilian singer, composer and guitarist. Besides this debut solo album recorded in 1975 for RCA with an all-star cast, Helio had his songs covered by such acts as Elis Regina, Azymuth, Zimbo Trio, Meirelles, Wanderléa, Doris Monteiro, Banda Black Rio etc. My favorite ones are the recordings of "Kriola" by Meirelles and "Que É Que Você Vai Fazer Nesse Carnaval" by Azymuth, which I've included in the volume 3 of the compilation series "A Trip To Brazil" that I produced for Verve. Rest in Power.
Posted by Arnaldo DeSouteiro at 9:19 PM