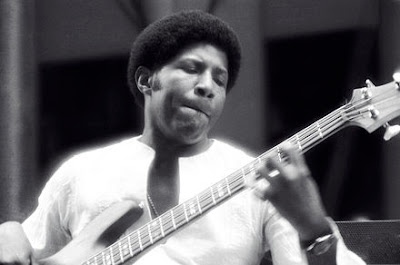 Bob was also the bass player on Antonio Carlos Jobim's Terra Brasilis (Warner) and Hank Crawford's Wildflower (CTI/Kudu), reissued on CD this past month in Japan. He has also played with Sonny Rollins for over 50 years. Rest In Power!