Big Band CD of the Month - "Bob Mintzer Big Band: Get Up!" 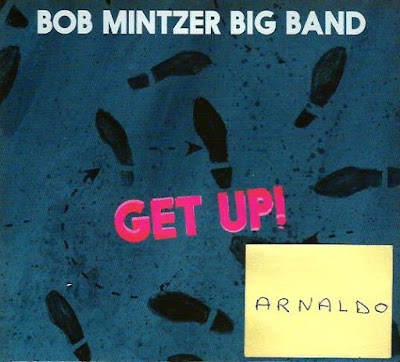 
Since 1983, when he did a debut album for the Japanese market and two years later signed with Tom Jung's now defunct DMP audiophile label, tenor saxophonist, composer, and arranger Bob Mintzer has been delving into the big band format and its myriad stylistic possibilities, collecting five Grammy nominations and one Grammy win in the process. His newest CD, Get Up!, which is his 20th big band album to date, just cane out on MCG Jazz. It was recorded live during two nights (October 10-11,2014) at Manchester Craftsmen's Guild on Pittsburgh, PA.

Mintzer describes the nine tracks on the new CD as "clearly R&B influenced, but [they] then go to many other places along the way. ... Using these relatively simple tunes as a springboard for harmonic, rhythmic, and melodic exploration was a real adventure, one that I had been thinking about for a long time."

Produced by MCG's Marty Ashby and arranged by Mintzer, Get Up! features guitarist Ray Obiedo and bassist Will Lee, as well as Mintzer's longtime colleagues in the Yellowjackets, pianist Russell Ferrante and drummerWilliam Kennedy. Besides five originals by the leader, including the James Brown-inspired title track, the set is made up of Mintzer's vibrant arrangements of the Wayne Shorter-penned Weather Report classic "Elegant People" and three of his favorite R&B tunes from the late 1960s: the Isley Brothers' "It's Your Thing," Sam & Dave's "I Thank You" (written by David Porter and Isaac Hayes), and Sly & the Family Stone's "Sing a Simple Song."

"I grew up listening to this music," says Mintzer, whose radio dial was tuned to WNEW-FM when he was growing up in New Rochelle, New York. "There was less concern with classification and categorization back then. There was a kind of connection between what people like John Coltrane and Charles Lloyd were doing and what some of the rock guys were doing in terms of Indian and Eastern influences and stretching out on long vamps. For people like myself who like all different kinds of music, this was a great time for music and art." 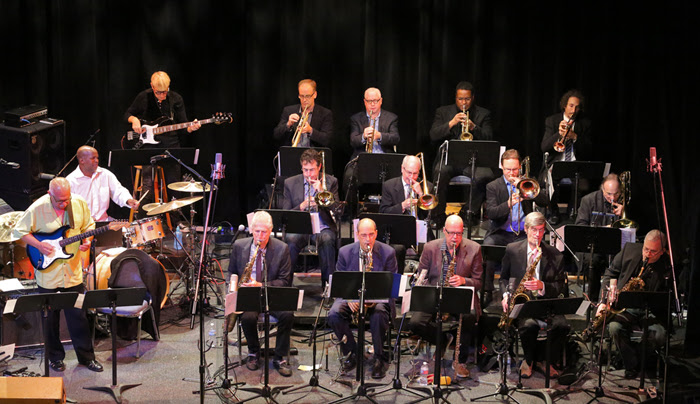 Ashby, who has worked with Mintzer on all five of his big band dates for MCG Jazz, sees Mintzer as having "created such an important body of work for large ensemble that it just cannot be overlooked. Few bands write mostly original music for large ensemble, and hardly any then have much of the music available in a published format for other bands and students to study and play. Because his range of writing for the band extends from Brazilian to funk to R&B to straight-ahead to fusion and everything in between, I think Bob stands alone as the preeminent composer/arranger for big band at this time. His passion for the idiom puts him at the top of the pyramid."

Mintzer connected with Manchester Craftsmen's Guild in 2004. The Big Band debuted with Live at MCG and followed up with Old School, New Lessons (2006), both of which featured Kurt Elling, and Swing Out (2008). On the Grammy-nominated For the Moment (2012), the spotlight was on Brazilian music, with guitarist/composer Chico Pinheiro as special guest. 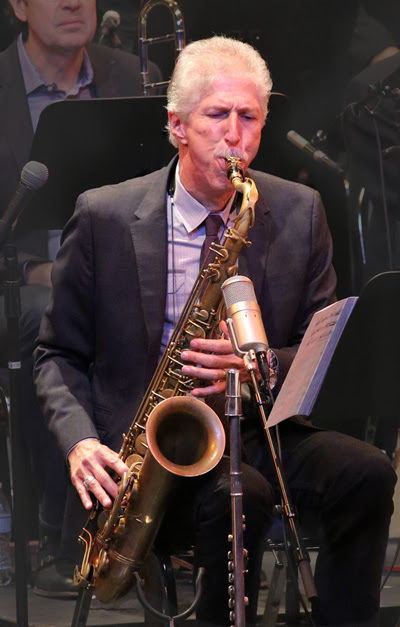 The lifelong New Yorker, who's considered one of the tenor saxophonists to come out of the school of New York players in the 1970s (also including Michael Brecker, Bob Berg, Dave Liebman, and Steve Grossman), rose to prominence as a member of Eumir Deodato's group, with whom he toured a lot and recorded the live album "Artistry" (MCA). Later he played with John Tropea, the ace guitarist on Deodato's combo. Mintzer's big band dates to 1983, when the Brecker brothers asked him to put together an ensemble for their club Seventh Avenue South, has been based in Los Angeles since 2008. He lives in the former house of composer Arnold Schoenberg (his first L.A. residence, 1934-1936), and is the recipient of the Buzz McCoy-endowed chair of jazz studies at the University of Southern California.