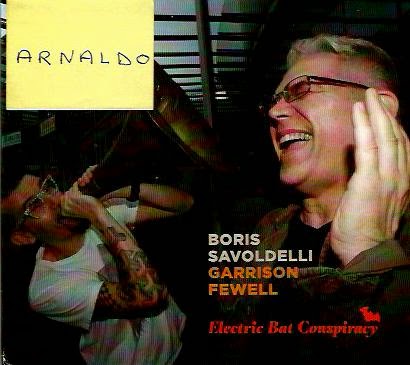 The provocative meeting of vocalist extraordinaire Savoldelli with guitarist Fewell (also heard on percussion in some tracks) results in an astonishing album. Fewell's style -- no matter if playing acoustic, electric or "prepared guitar" -- reminds me of the late British guitarist Derek Bailey. Fewell sounds so adventurous like Bailey, but he has his own musical identity, and, at least on this album, shines specially on the acoustic guitar numbers.

Boris Savoldelli is the Mark Murphy of the new millenium, of the next galaxy, a highly creative vocal stylist that crosses all boundaries. He and Fewell co-wrote most of the songs, using a poetry by Sun Ra on "Silence Is Music," on which Luca Donini plays bass clarinet. The level of energy is even more impressive on the opener, Lou Reed's "Perfect Day," as well as in the jazz standards that they wisely re-construct: "Softly, As In A Morning Sunrise" (one of Art Farmer's favorite tunes), and two haunting ballads: "My One And Only Love" and "You Don't Know What Love Is," the perfect finale for this more than intriguing date.
Posted by Arnaldo DeSouteiro at 9:58 PM