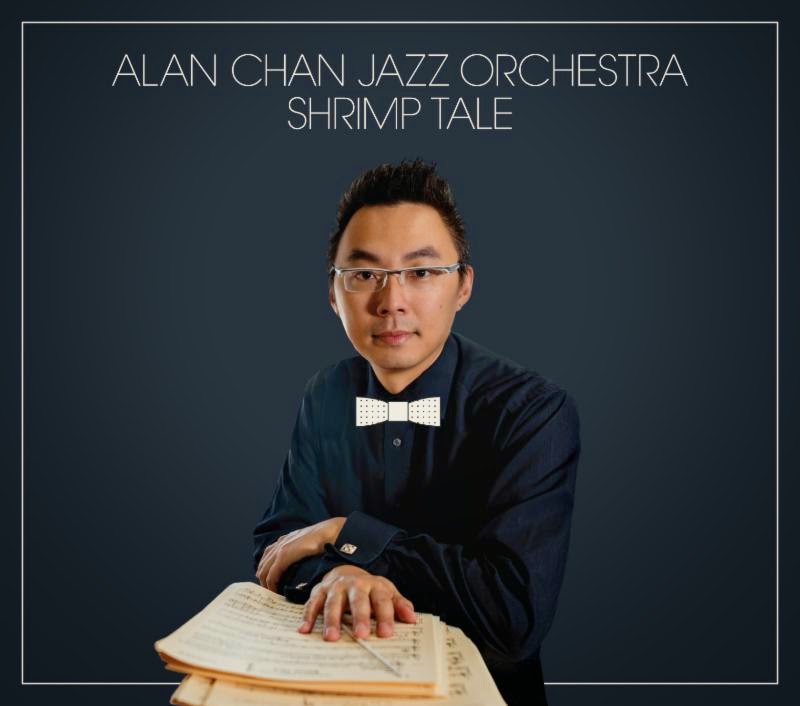 The Alan Chan Jazz Orchestrahas emerged, since its formation in 2011, as one of the brightest lights on the Los Angeles jazz scene.Last year, Chan gathered a group of topnotch studio and jazz players -- 19 pieces in all, plus guest trumpeter Wayne Bergeron -- and produced a two-day session. First to be released, in the fall of 2013, was the EP Rancho Calaveras. Now comes the orchestra's debut CD Shrimp Tale, released on Chan's imprint, Crown Heights Audio Network.

"The way I write, I want to tell a story in every composition," says Chan, 36, a classically trained pianist born and raised in Hong Kong. "My pieces tend to be open-ended. I go into different scenarios. They can read rough, jumping from one place to another, breaking grooves, but I like that kind of phrasing because in a way that's almost like talking, the way we phrase and rephrase things."

Most of his big band compositions reflect the modern world in affecting ways and, without explicitly incorporating ethnic forms, capture important aspects of the Asian-American experience.

When Chan was growing up in Hong Kong, the country was still under British rule. Chinese music was marginalized there, and little jazz was available, so he was exposed mainly to classical and Chinese folk music. Even when he later immersed himself in jazz studies, he says, he never lost his connection to traditional Asian forms.

But with the encouragement of two distinguished composer-arrangers at USC, Shelly Berg and Vince Mendoza, he became involved with jazz. And the more he listened to the work of artists including Thad Jones, Bob Mintzer, Uri Caine, Brazilian living legend Hermeto Pascoal, and the recently deceased Fred Ho, he says, "the more attractive jazz's harmonic language became to me. It felt like a bold new world."

In 2008, Chan became a member of the BMI Jazz Composers Workshop in New York City. Under the guidance of director Jim McNeely, he made significant advances as a composer and arranger,incorporating classical elements into the background of some of his pieces. That the musicians he worked with were so adept at performing his compositions from scratch gave him a major boost.

The Alan Chan Jazz Orchestra performed two CD release shows, one on each coast. Their appearance at Catalina Bar & Grill in Hollywood was followed by Alan's debut at ShapeShifter Lab in Brooklyn. Much of the new CD's material was composed nearby in his studio in Gowanus. He was especially excited to perform this music in his beloved old Brooklyn neighborhood. Hopefully, there will be many more concerts all over the country.
Posted by Arnaldo DeSouteiro at 8:26 PM