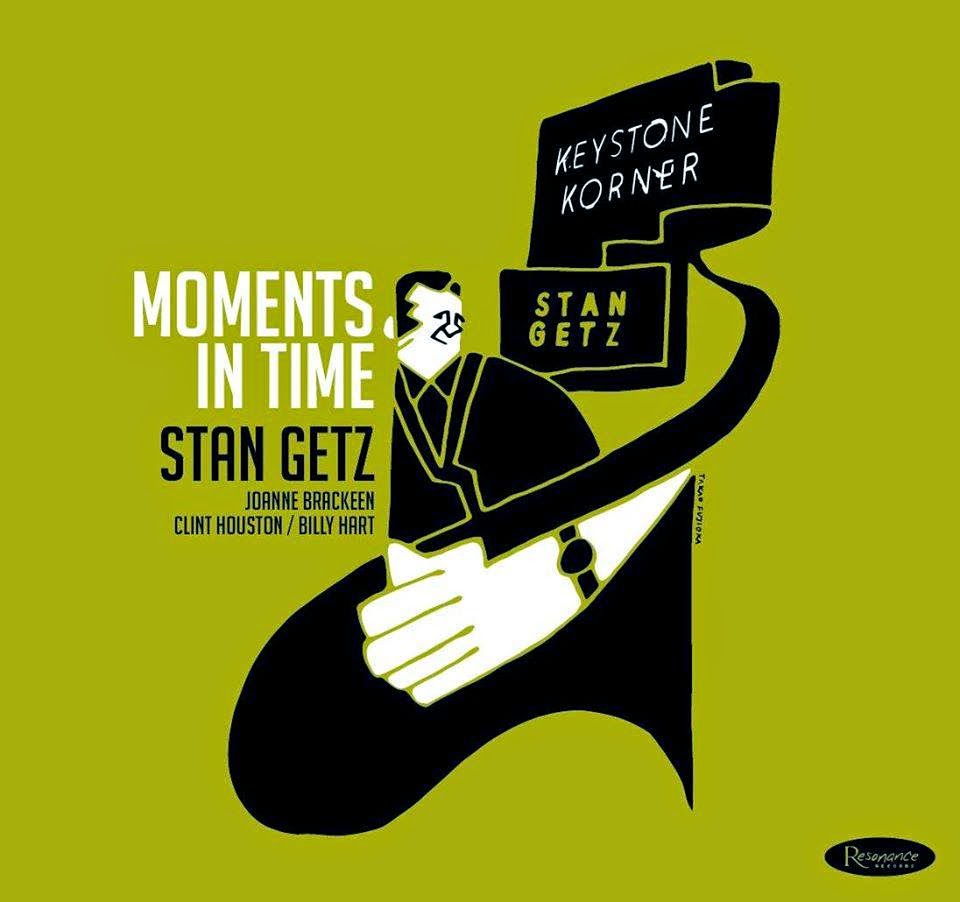 The LA-based Resonance Records, founded by jazz impresario and recording engineer George Klabin, is preparing the release of two albums (of previously unreleased material) in partnership with the Stan Getz estate. "Moments In Time," a deluxe packaged 1CD/2LP set recorded live during an engagement (from May 11 to 16, 1976) at the famed San Francisco venue Keystone Korner (headed by producer Todd Barkan in the 70s), captures Stan leading a quartet with pianist Joanne Brackeen, bassist Clint Houston, and drummer Billy Hart. Resonance's plans are to release this recording on the same day they will issue "Getz/Gilberto '76," also recorded at the Keystone Korner, with the same band backing Getz and Brazilian bossa nova legend Joao Gilberto.

The illustration of the cover of "Moments In Time" was created by one of the most talented and important illustrators today, Mr. Takao Fujioka. "I first met Takao while in Osaka, Japan last August and was immediately taken by his work. I commissioned him to create this cover and am really happy with the results," says Steve Getz, Stan's beloved son who once toured my native Brazil playing percussion on his father's band (actually this same band heard on the album). Takao-san is also the publisher of the Osaka based jazz magazine, 'Way Out West'. The Jazz Gallery in NYC recently did an exhibition of his work. You can also check out more at Takao's website: http://www.jazgra.com/

Next April 18, to celebrate the Record Store Day, Resonance will be releasing a special issue titled "Selections from Getz/Gilberto '76," available only as a 10-inch vinyl LP. That same day the label will issue a set by guitar wiz Wes Montgomery with pianist Eddie Higgins Trio ("One Night In Indy," cut on January 18, 1959) and another one by master organist Larry Young ("Selections From In Paris: The ORTF Recordings," recorded in 1964 and 1965. Famous for his sessions with Tony Williams and Miles Davis, the late (and much missed) Young will have his full album released probably only by the end of 2015. 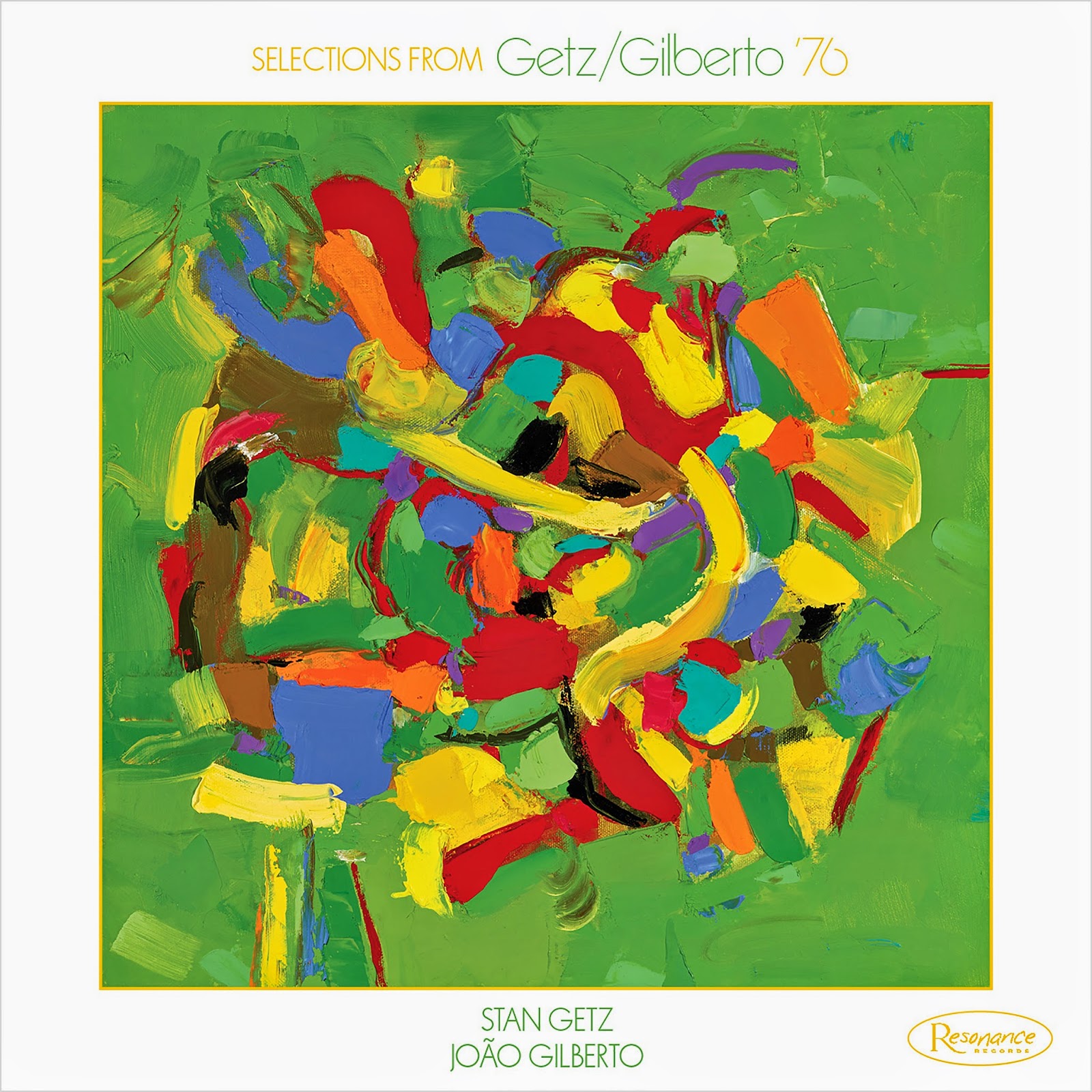 The tapes of the January 18,1959 Indianapolis jazz club performance that unites Wes Montgomery & The Eddie Higgins Trio formerly belonged to the late-great Indiana photo journalist, Duncan Schiedt, who passed away in 2014. Members of the Indianapolis Jazz Club that Scheidt co-ran recorded this performance. The trio consists of Higgins on piano, an unidentified bassist (!) and Walter Perkins (who was Ahmad Jamal's trio before Vernell Fournier) on drums.

As Producer Zev Feldman notes, "In 2013, Duncan contacted me about tapes he had of Wes playing with Higgins at a jazz club society that he and a bunch of his friends ran in Indy. The senior members of the club continually passed down this found tape to younger members of the club; Duncan was the last living member, and he passed these tapes onto me. Duncan hoped that these tapes would be released one day in partnership with the family, which is exactly what we've done," with the blessing of Higgins' widow, Meredith D'Ambrosio, whom Feldman found via Sunnyside Records president, François Zalacain.

Feldman adds, "Duncan & I became friends while working on the Echoes of Indiana Avenue project. I'm grateful to Duncan for his lasting friendship and for sharing this with the world to hear. It is nothing short of amazing that after decades of no new Montgomery music, Resonance has brought to light new documents that will help Wes's legacy live on: the upcoming May 2015 release of "In the Beginning" and, thanks to Duncan, One Night In Indy."

This Limited Edition 12" LP (pressing of 2500) will be presented on 180 gram vinyl at 33 1/3 rpm by Erika Records and includes over 40 minutes of music. The six tracks: "Give Me the Simple Life," "Prelude to A Kiss," "Stompin' at the Savoy," "Ruby My Dear," "Li'l Darlin'" and "You'd Be So Nice to Come Home To." With a cityscape view of Indianapolis suggesting a night to be remembered, Burton Yount artistically designed the cover, based on a pic (from the mid 50s) of the Indiana Historical Society. 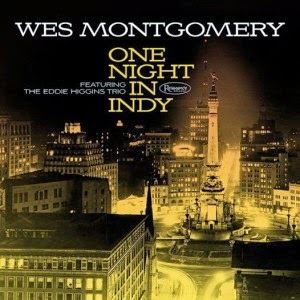 This project came about in 2012 when Resonance began to inquire what was in the ORTF archives (now a part of INA, the National Audiovisual Institute). Feldman discovered that these Larry Young recordings had been sitting in their vault for nearly 50 years since the mid '60's. This project tells the story of Larry Young as an American jazz artist living in Paris. Featured artists include Woody Shaw on trumpet, Nathan Davis on saxophones and Billy Brooks on drums plus numerous French artists (Nathan Davis Quartet recordings are included in this release).

This Limited Edition 10" record is pressed on 140 gram vinyl at 33 1/3 RPM by Erika Records (pressing of 1,500). The tracks are "Beyond All Limits," "Luny Tune," "Frame of Thought" and "Larry's Blues." The cover is artistically designed by Burton Yount using a previously unpublished photograph by Francis Wolff/Mosaic Images. In 2015/2016, listeners can look forward to a 2-CD and 3-LP full length edition. 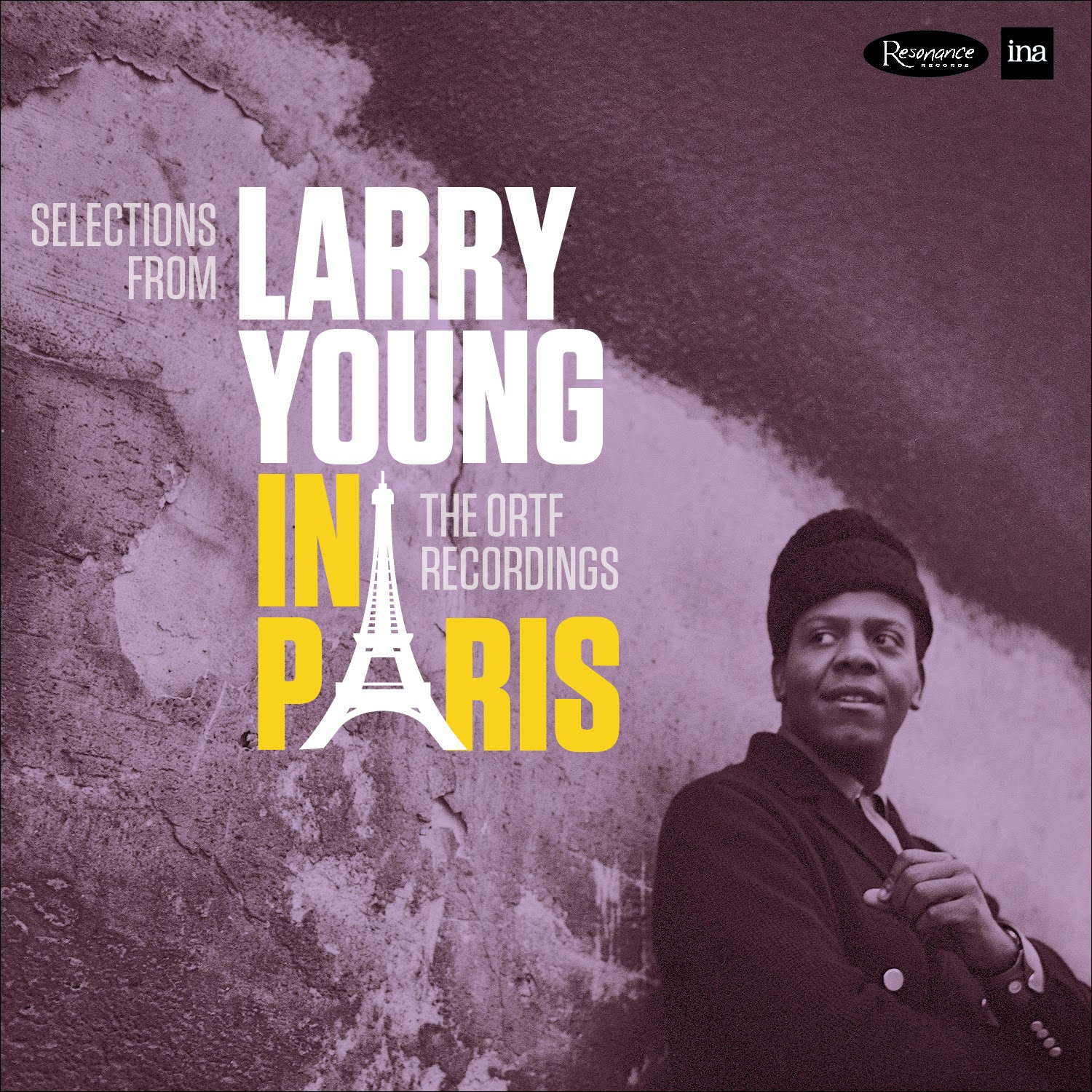 Resonance is also announcing the forthcoming release, next May 12, of Wes' "In The Beginning," a 26-track collection available as both 2-CD & 3-LP sets, as well as digitally. "In the Beginning" is only the third new release of predominantly unheard material from guitar legend Wes Montgomery since his passing in 1968. Recordings include a complete never-before-released 1955 Epic Records session produced by Quincy Jones, licensed from Sony Music Entertainment; newly discovered 78 RPM sides with Wes as a sideman, recorded for Spire Records (1949); a live recording from the home of sister Ervena Montgomery, Indianapolis (1956); live recordings from the Turf Club (1956), the Missile Lounge (1958) in Indianapolis and the C&C Music Lounge in Chicago (1957).

The CD version includes a 55-page booklet of liner notes by 2015 GRAMMY award-winning journalist and noted jazz historian and biographer Ashley Kahn, legendary producer Quincy Jones, guitarist Pete Townshend of The Who and others, alongside rare never-before-published photos from the Montgomery Estate and friends in Montgomery's native Indianapolis.

The 3-LP version is presented on 180-gram vinyl mastered by engineering legend Bernie Grundman, and pressed on 12" LPs at 33 1/3 RPM (by R.T.I.) in a hand-numbered slipcase with an 8-panel booklet. Limited-edition pressing of 1,500. The LP set includes extensive liner notes, as noted above, a digital download card and collector postcards of unpublished photos. 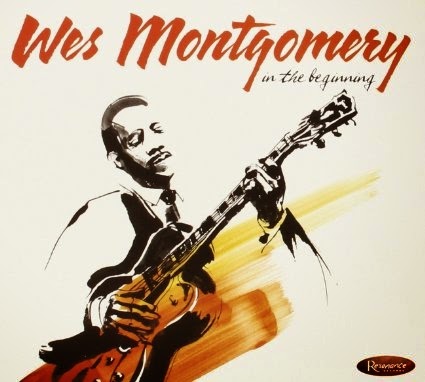