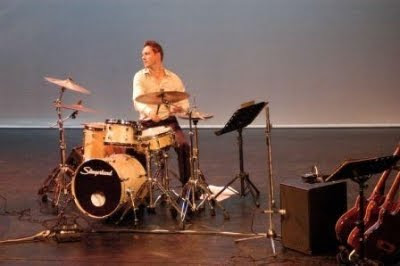 It is with great sadness that Ronnie Scott’s must announce that Chris Dagley, the club’s house drummer for the past four years, has died in a motorcycle accident aged just 38. Chris was an exceptional player, whose vibrant and propulsive style was a feature of his countless appearances at the club, performing regularly in the house band with pianist James Pearson and bass player Sam Burgess. After honing his skills as a member of NYJO, he quickly became a much sought-after session musician who played alongside such acts as varied as Ella Fitzgerald, Benny Golson, Eric Clapton, Take That, Jamiroquai, Van Morrison, Will Young and many, many more.

Simon Cooke, Managing Director of Ronnie Scott’s said, “Chris was a great guy, part of the heart and soul of the club. His contribution and dedication to the continuing musical legacy of Ronnie Scott’s was hugely significant. He was very popular with both the staff and the audiences and his passing is a massive loss to us all. He will be greatly missed by both those who knew him and the legions of musicians whom he inspired through his music. Our deepest condolences go out to his family at this time.”

We are also incredibly sadenned to hear the breaking news of the loss of Martin Drew. Martin was the drummer in Ronnie Scott's Quintet 1975-1995 and Oscar Peterson 1974-2004. A tough week all around for the jazz community.
Posted by Arnaldo DeSouteiro at 7:21 AM