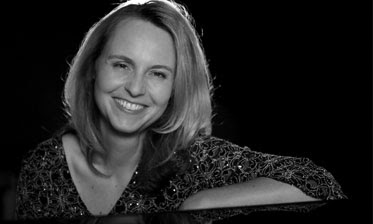 Greetings from Fuessen/ Germany, the town next to King Ludwig's fairy tale castles Neuschwanstein and Hohenschwangau. We're enjoying a few days off with the family. Even though rain showers are quite frequent and temperatures only in the Fifties and Sixties, our spirits can't be dampened in such beautiful surroundings. Stop by at the blog for a travel diary and pics at http://blog.owlstudios.com/blog/monika-herzig

Our first concert here was a huge success. The city of Albstadt invited us to their series in the Stauffenberg castle. The Stauffenbergs are probably best known for their attack on Hitler. The hall was packed with family and friends and many new faces and the enthusiastic audience didn't let us go before we came back for three encores. And even more special afterwards was a special celebration into my birthday – we did send a toast to Chick Corea too.

We'll be back in Tuebingen this Friday, June 18 at the Bechsteinzentrum in Tuebingen. Bechstein pianos are known for their high quality construction and beautiful tone. I can't wait to get my hands on one. I'm also keeping my fingers crossed that the German soccer team will be first within their current group during the World Cup, because if they end up in second place, they will be playing in the Quarter Finals on July 2 when we're scheduled to play at the Jazzclub Ludwigsburg. That would be like playing a concert during Super Bowl Sunday. Streets will be deserted, public venues closed except those with a TV running, and certainly none will be in attendance at a jazz concert.

Note some additional dates in the concert calendar below including a date change for our performance at the Lubeznik Arts Center in Michigan City to Sunday, August 1. We will present a program tracing the history of songwriting made in Indiana. Also added are a date on September 12 at the Player's Pub in Bloomington and September 18 at the Chatterbox in Indianapolis.

Thank you to Chris Fischer for stepping up with her company in helping with transcriptions for the David Baker book in response to the last e-mail news call out for support for the project. I'm getting ready to put all the pieces together but still have some financial challenges, and I'm hoping for more contributors to step up and give back in support of someone who has given his knowledge and friendship so freely during his life. All donations are tax deductible through the IU Foundation – if you're interested or have some suggestions for possible contacts, let me know.