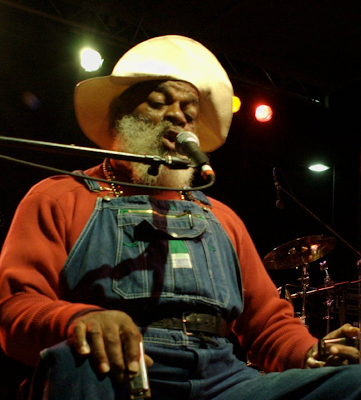 Boston is in for a special treat! HT Productions will present The Playing for Change Band at the Orpheum Theatre, One Hamilton Place, Boston on Thursday, October 22, 2009 at 8:00 p.m.; doors open at 7:15 p.m. This concert is a part of the "Songs around the World: Peace Through Music Tour."

Playing for Change began a decade ago, the brainchild of Grammy®-winning music producer and engineer Mark Johnson. In 1998 Mark teamed with producer Whitney Burditt to create "Playing for Change: A Cinematic Discovery of Street Music." Following this award-winning 2004 documentary, PFC saw the April 2008 premiere of its latest film, "Playing for Change: Peace Through Music," at the Tribeca Film Festival. The documentary features over 100 musicians around the world, combining their distant voices into a powerful group of collaborations.

Seeing great need in many of the locations where the crew filmed and recorded inspired PFC to establish the Playing for Change Foundation, which provides resources – including facilities, technology, musical instruments and education – to musicians and their communities.

Completed in January 2009 is the Foundation’s first project, the Ntonga Music School in South Africa. Its second, the Mehlo Arts Center in Johannesburg, will open later in 2009.

Giving voice to an extraordinary effort to inspire peace through music and to connect diverse musicians worldwide, including those in conflict regions, Hear Music recently released "Playing For Change – Songs Around the World." The special CD/DVD package, available at participating Starbucks company-operated locations in the U.S. and Canada and at traditional retail worldwide, contains a ten-song audio CD as well as a seven-track DVD, which features five of the songs performed live. The DVD also includes a trailer for the forthcoming PFC documentary and information on the PFC Foundation.

Grammy® winning producer/engineer Mark Johnson and his Playing For Change team traveled for a decade with a single minded passion to connect the world though music. Their ambitious journey took them from post-apartheid South Africa, through the ancient sites of the Middle East, to the remote beauty of the Himalayas and beyond. Using innovative mobile technology, the PFC crew filmed and recorded more than 100 musicians, largely outdoors, in parks, plazas and promenades, in doorways, on cobblestone streets and amid hilly pueblos. Each captured performance created a new mix in which essentially the artists are all performing together, albeit hundreds or thousands of miles apart.

In a recent interview with PFC founder Johnson, PBS’ Bill Moyers called Playing For Change a remarkable example of “the simple yet transformative power of music...to touch something in each of us.”

Some of the magical moments include Ireland’s Omagh Community Youth Choir singing “Love Rescue Me,” written by U2 and Bob Dylan, and American street musicians Roger Ridley and Grandpa Elliott harmonizing with Clarence Bekker from the Netherlands amid an assembly of artists from Russia, Spain, Venezuela, France and Brazil on the Ben E. King/Leiber & Stoller classic “Stand By Me,” the video of which has already become a YouTube sensation with over seven million views.

Also included is an exhilarating version of the Marley classic “War/No More Trouble”. The track (and video) includes musicians from The Congo, Israel, India, Ireland, South Africa, the U.S., Zimbabwe and Ghana, along with U2’s Bono and Bob Marley. Marley’s “One Love” proved to be an irresistible choice for the producers as well, enlisting American Keb’ Mo’ to sing with performers from India, Israel, Nepal, South Africa and Zimbabwe.

This unparalleled international collaboration of vocalists and musicians are also heard on versions of Sam Cooke’s “A Change Is Gonna Come,” Tracy Chapman’s “Talkin’ Bout A Revolution” and Peter Gabriel’s “Biko”.

The relationship between Playing for Change and Hear Music was facilitated by legendary television producer Norman Lear, co-owner of Concord Music Group, which formed the Hear Music label with Starbucks in March 2007.

“With Playing for Change, Mark Johnson and his team have created a movement that transcends language, border and culture, one that brings people together to a common purpose: peace,” states Lear. “We are thrilled to have this opportunity, along with our Starbucks partners, to bring this special project to the people.”

The Playing for Change film has been airing nationally on PBS stations and has been seen in Boston on both WGBH TV and WGBX TV.
Posted by Arnaldo DeSouteiro at 6:55 AM