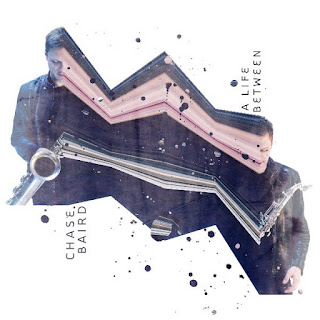 A member of drummer Antonio Sanchez's recent band, Migration, Baird shares the virtuoso percussionist's interest in performing both hard-hitting and tender material—often within a single tune. On "A Life Between," Baird's cinematic compositions, fit for a stadium, alternate between power anthem and aching ballad. Indeed, with Nir Felder's pedal board adding eerie, even fearsome sonic landscapes, the album seems to chart an intergalactic drama, a dystopic world confronted by a romantic heroism.

For Baird, making this record was as much about the actual music as it was about his journey to triumph over the challenges facing young artists in New York. When times were tough and work was thin, Baird says he made it his mission "to cultivate a romanticism inside myself, even when the circumstances weren't romantic." So, caught in the middle—between dreaming up a life as a performing artist and realizing that dream—the saxophonist fell headlong into both composition and romance; and it is from this friction—between love and work—that "A Life Between"  was born.

A chance encounter with Brad Mehldau five years ago, on the day of Baird's graduation from Juilliard, led to a patiently tended relationship. The innovative pianist's influence on Baird's writing is evident, and Mehldau provides both breathtaking solos and sage-like accompaniment throughout the recording. However, the magic of this music is that it so remarkably lacks any of the cliché awkwardness that usually spoils attempts by young musicians to record with one-time, "all-star" casts of "big-name" artists. Instead, a deep chemistry pervades the album, and all members play orchestrally, architecting each song's distinctive story. The personalities are balanced: Chmielinksi is actively bighearted and Sanchez is propulsively generous; Mehldau's conversation is both selfless and clever, and Felder's timely textures are both wild and intelligent; Baird's leadership is both urgent and vulnerable, bending often toward the prophetic. 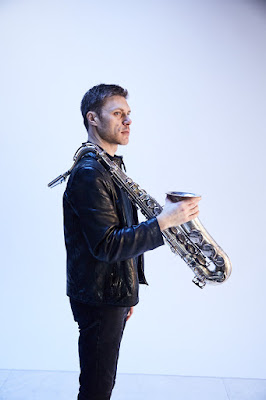 Baird composed the music in two distinct periods. "Ripcord," the opening number, filled with sweet yearning and a fearsome grunge streak; "As You Are," a medium-tempo waltz with bold solos by Baird and Felder; and the title track, "A Life Between," a heartbreakingly gentle hymn that builds to a collective pitch; were all penned shortly before or after he moved to New York in 2010. After a five year writing hiatus, he took another two to finish the rest of the music: the Sanchez-inspired "Reactor," a battle call in 7/4; "Dream Knows Know End," which floats along darkly at high speed; "Wait and See," a dangerous blues; and "In the Wake (of Urban Overdrive)," penned out of joy and hope, upon Baird's emergence from a period of depression.

For Robert Schumann's "Im wunderschönen Monat Mai" ("In the Beautiful Month of May"), which closes the album, Baird simply handed the band the original classical score, resulting in a plainly tender testament to love. Baird states: "I wanted to write and play songs more as vehicles for group improvisation than as intricate compositions. To let the band get into a vibe and take off."

Chase’s humble insistence that his message be conceptually simple, and that his compositions be clear, was handled with grace by the legendary recording engineer James Farber, whose expertise has aided just about every major star in jazz. “James’s rough mixes sounded incredible,” Chase marvels, “and we barely had to adjust them, in the end. He’s a master.” And really, listening to "A Life Between," it’s hard not to be moved by the sheer sound of the recording, which is vivid, raw, and lush, a loving portrait of the group’s virtuosity and sincerity.

"I really want to be in Radiohead," Baird jokes. "But how can I be a saxophonist and do that?” Part experimental rocker, part classical romantic, part Coltrane-devotee, Chase has answered his own question on A Life Between with a sound that is fresh, personal, and daring. A thunderous introduction into the mainstream: only at the beginning of his journey, and already dreaming up new lands through which to walk.

“Ripcord,” the album’s first track, debuted as a single on July 19th.
"A Life Between" will be released worldwide on August 9th.
Posted by Arnaldo DeSouteiro at 10:22 PM