Ralph Peterson's Messenger Legacy will be performing at the Newport Jazz Festival! 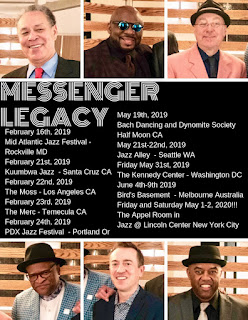 When it comes to Art Blakey, there is no living drummer more suited to honoring his legacy than the incomparable Ralph Peterson. As the last drummer chosen by Blakey to play by his side in the Jazz Messengers Two Drummer Big Band, Peterson is tasked with the unique responsibility to carry forth Buhaina’s torch and tradition. Peterson and his Messenger Legacy are thrilled to officially announce their forthcoming performance at this year’s Newport Jazz Festival.

Joining an incredible bill of artists including Herbie Hancock, Common, Thundercat, and others, this appearance on Saturday, August 3rd follows the May 20th (RP’s 57th birthday!) release of "Legacy: Alive Vol. 6 at the Side Door." Peterson’s mission comes full circle as the album mark’s what would have been the Blakey’s 100th birthday. Due out on Peterson’s own Onyx Productions label, "Legacy" presents Peterson in the company of five undisputed authorities and alumni of the Blakey tradition: saxophonists Bill Pierce and Bobby Watson, trumpeter Brian Lynch, pianist Geoffrey Keezer, and bassist Essiet Essiet. This double album was recorded live in October 2018 at the Side Door in Old Lyme, Connecticut.

In addition to the performance at the Newport Jazz Festival, the Messenger Legacy will be performing at the Bach Dancing and Dynamite Society in Half Moon Bay, CA on May 19th, Jazz Alley in Seattle, WA on May 21 and 22 and the Blue Llama Jazz Club in Ann Arbor, MI on May 24 and 25. A highlight performance will be on May 31 when the Legacy Messenger Band will perform at the Terrace Theater at the Kennedy Center in Washington, DC. In June, the group will perform in Melbourne, Australia at Bird’s Basement (June 5-9) and in Beijing, China at the Blue Note (June 13 and 14).

The release of Legacy comes during a particularly prolific period in Peterson’s career. This is the sixth edition in his “Alive” series of live recordings and his third release in six months. In October, Onyx Productions released the I Remember Bu: Alive Vol. 4 at Scullers with the GenNext Big Band and Inward Venture: Alive Vol. 5 at the Side Door with this quintet Aggregate Prime. Both albums received widespread international attention and resulted in features in Downbeat Magazine and Jazziz Magazine, among others. 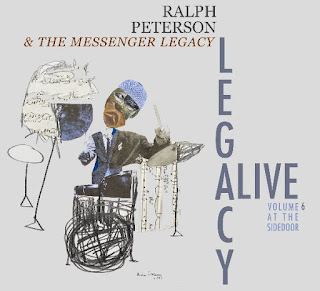