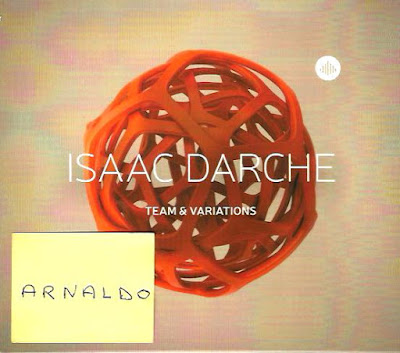 A killer set by guitarist Isaac Darche that leads a smoking quintet on several challenging originals ("A 'Winkel In Time," "Sloped Perspective, "Arts Of A Bachelor," and the fantastic "Nerds") as well as on inventive readings of classic ("Nobody Else But Me," "You Stepped Out Of A Dream") and contemporary jazz standards ("Ana Maria," from Wayne Shorter's iconic "Native Dancer" 1975 album.)

In the nearly ten years that guitarist Isaac Darche has called New York home, the San Francisco Bay Area native has found opportunities to work with many rising jazz stars and to pursue his own muse. He's emerged as a rising star himself and is now following up on the 2012 release of his well-received debut Boom-Baptism withTeam & Variations, to be released by the Dutch-based Challenge Records label on April 14.

Darche's fluid, warm-toned style reflects the classic influence of Wes Montgomery and Pat Martino. But as indicated by the title of the album's opening track, "A 'Winkel in Time" -- a nod to influential guitarist Kurt Rosenwinkel -- he is open to the innovations of all kinds of stylists. "Pushing the boundaries musically yet keeping a certain authentic 'jazz feeling' was very important to me on this project," says the leader.

Darche's performances on the new CD with ace team members Chad Lefkowitz-Brown on tenor saxophone, pianist Glenn Zaleski, bassist Desmond White, and standout drummer E.J. Strickland confirm his status as one of the most impressive young guitarists on the scene.

The playful titles of the originals are drawn from his life. "Sloped Perspective," a wry reference to Brooklyn's Park Slope community, where many jazz musicians live, strives for a combination of simplicity and complexity. "Arts of a Bachelor," an experiment in unusual intervals, reflects on his schooling. "Don't Run out of Money," a double time-exercise with a melody that evolved out of guitar voicings, is the ultimate advice for living in New York.

Fresh readings of the standards "You Stepped Out of a Dream" and "Nobody Else But Me" are also in the mix, along with his take on Wayne Shorter's "Ana Maria." 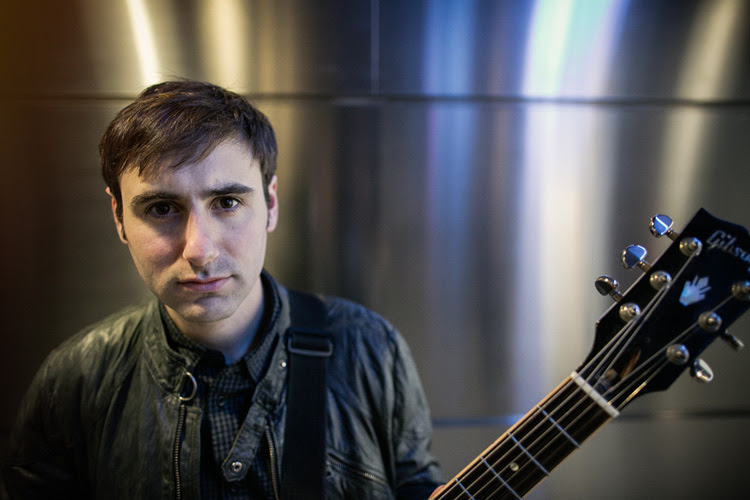 Born and raised in San Anselmo, California, just north of San Francisco, Isaac Darche, 32, started playing the clarinet at age 7, switched to the guitar at 10, and was also playing the saxophone a year or so later. It was the sound of the guitar -- specifically the pure, beautiful jazz sound of the Gibson L-5 models as played by Montgomery and Martino -- that hooked him. He played in various groups at Marin Academy, a San Rafael high school known for its strong arts program.

While attending the Stanford Jazz Workshop Jazz Camp as a young teenager, Darche was blown away by a performance featuring fellow students Ambrose Akinmusire, Jonathan Finlayson, Dayna Stephens, and Taylor Eigsti. "I kept thinking, oh my God, I'm so far behind, this is crazy," he recalls.

He went on to attend UCLA, studying with Billy Higgins, Anthony Wilson, and, primarily, the distinguished guitarist and composer Kenny Burrell, whose groundbreaking course on Duke Ellington was an essential part of the curriculum. Burrell was a stickler for good tone, good phrasing, and swing feel. "He would stop us and say, 'This is not swinging,'" said Darche. "But he was open to all kinds of music."

Darche was encouraged to go to New York by guitarist and "super sideman"Randy Napoleon. His "boom-baptism" there was eased by all the great music happening around him. He got hired by keyboardist Sean Wayland, and played with numerous other artists includingMark Shim, Jon Gordon, Randy Ingram, Henry Cole, Linda Oh, and his old campmateAmbrose Akinmusire.

"It's no easy accomplishment in a field packed with guitarists," wrote David Adler in NYC Jazz Record of Boom-Baptism, "but Darche has found a unique sound and technical approach on the instrument. His tone is bright, his articulation blindingly fast and flawless, his rhythm consistently in the pocket but full of breath, never stiff. ... Effortlessly forward thinking, free of idiomatic clichés."