Vinyl Reissue of the Month - "Deodato 2" 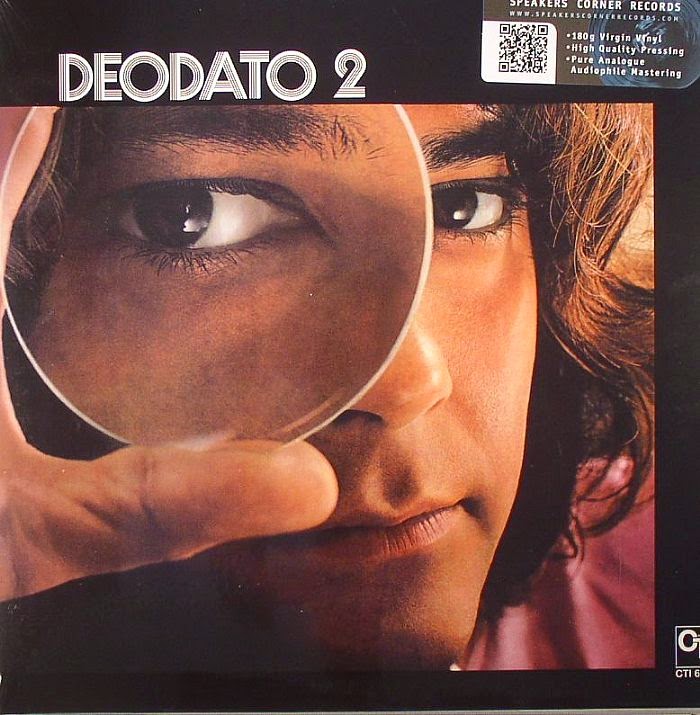 During the course of the present vinyl hype, many others have jumped on the bandwagon in the hope of securing a corner of the market. Very often they are not so ethical and use every imaginable source to master from: CDs, LPs, digital files, MP3s – or employed existant tools from the 80s and 90s for manufacturing.

A digital delay is gladly used when cutting a lacquer disc because tape machines with an analogue delay have become quite rare and are therefore expensive. When cutting the lacquer, the audio signal is delayed by one LP revolution against the signal, which controls the cutter head, and for this a digital delay is very often employed. Of course, the resultant sound signal is completely digital and thus only as good as this delay.

We should like to emphasise that Speakers Corner Records on principle only uses the original master tape as the basis for the entirely analogue cutting of lacquer discs. In addition, the pressing tool is newly manufactured as a matter of principle. They have one digital recording in their catalogue (Alan Parsons' "Eye In The Sky“), but even in this particular case they have used the analogue tapes for cutting.

Speakers Corner only employ existing tools for manufacturing if an improved result is not forthcoming, e.g. the title Elvis Is Back, which was mastered by Steve Hoffman and Kevin Gray, or several titles from their Philips Classics series, which in any case Willem Makkee cut from the original masters at the Emil Berliner Studios in the 90s. It goes without saying that they only used the mother and that new tools were made for the production.

To put it in a nutshell: we can ensure you that Speakers Corners releases (including the previous reissues from the CTI vaults, like Gerry Mulligan/Chet Baker's "Carnegie Hall Concert" and George Benson's "Beyond The Blue Horizon," not to mention Antonio Carlos Jobim's "Wave" and Paul Desmond's "Summertime" from the A&M/CTI era) are free from any kind of digital effects – excluding the exception above – and that the lacquer discs are newly cut. Posted by Arnaldo DeSouteiro at 10:57 AM