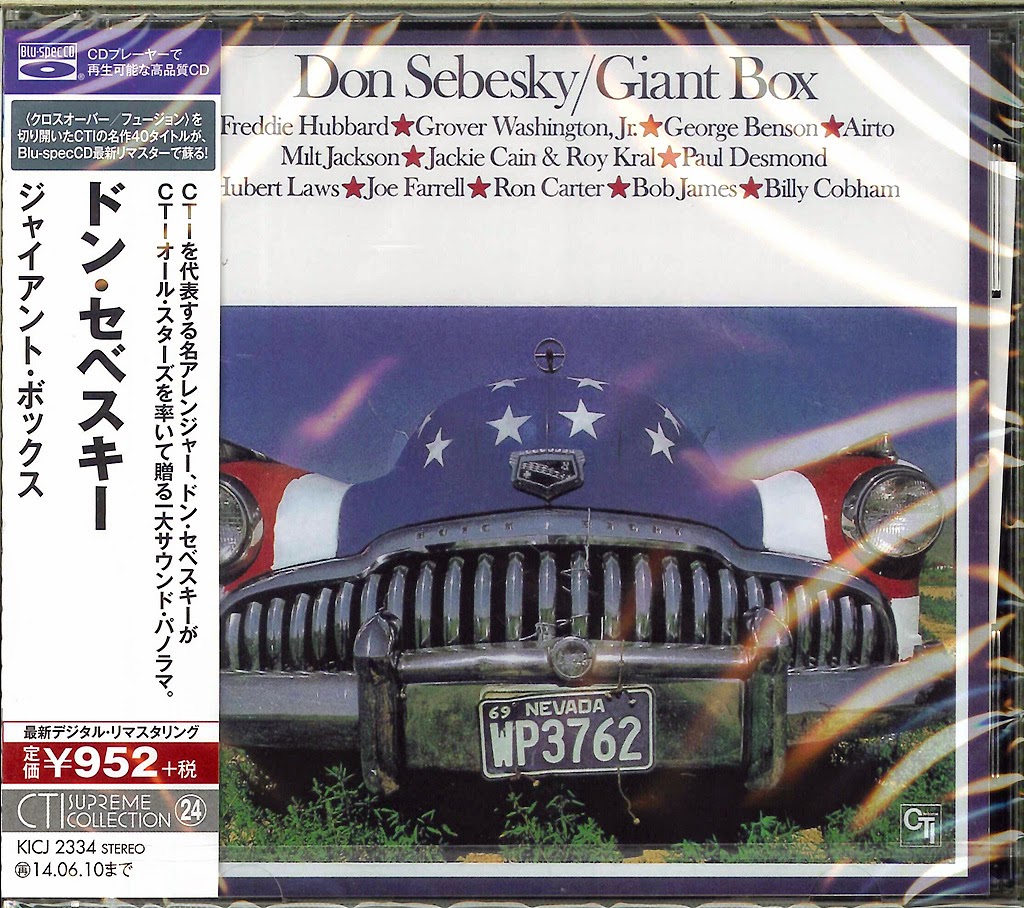 In a low note: this new Japanese CD reissue doesn't includes the original liner notes (an interview conducted by Didier Deutsch with Sebesky which had appeared in a booklet included in the original 1973 box set) neither any of the twelve pics taken by photographer Steve Salmieri for the original album. Anyway, the sumptuous "Giant Box" is more than an extraordinary album. It's a musical monument. 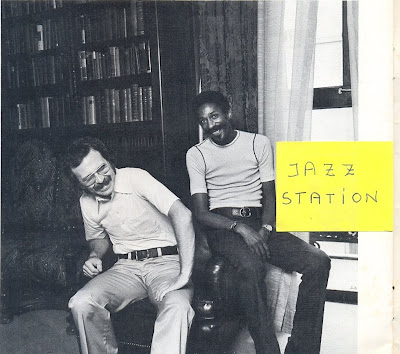 CTI's top conoisseur, Doug Payne, has already posted about "Giant Box" on his Sound Insights blog when it was released on CD in the USA (for the second time) in 2011.
Here's the link:
http://dougpayne.blogspot.com/2011/04/celebrating-cti-records-40th.html

According to Didier Deutsch’s interview with Don Sebesky, the recording took six months and about 150 hours in the studio, though only several days of recording in April 1973 are listed in the credits as being the recording time. Sebesky’s recollection is probably more accurate. There was obviously a lot of work that went into this record. And it’s truly surprising that it’s not a better known part of CTI’s legacy than it is.

Pete Turner’s garish cover photo, “USA Car,” is part of an Americana series the photographer conceived that includes photos found on the covers of Ron Carter’s Blues Farm (CTI 6027) and the all-star In Concert Volume Two (CTI 6049). “USA Car,” photographed in Nevada in 1970, oddly seems to contradict the gravity of the project and the classy music found within but designer Bob Ciano probably picked up on the car’s stars for this “all-star” album.
Posted by Arnaldo DeSouteiro at 10:59 AM