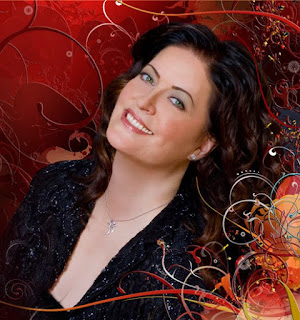 Ann Hampton Callaway - the acclaimed singer and songwriter - will perform "The Streisand Songbook" at Bethesda Blues & Jazz in Bethesda, MD on Saturday June 8. The show celebrates the music of America 's most powerful and enduring musical artist. Singing timeless classics from five decades of Streisand's multi-faceted career, Callaway crafts a loving musical portrait of the icon with highlights including "People," "Don't Rain on My Parade," "Evergreen" and "Cry Me a River." Ann's compositions have been on six of Barbara's albums, including "I Dreamed Of You," which Barbra sang to James Brolin at their wedding.

When "The Streisand Songbook" opened its smash sold-out run at New York's nightclub 54 Below in September, it was praised for its "swinging fairy tale magic" by The New York Times and hailed as "personal, moving and arrestingly musical" in The Wall Street Journal. The show was honored with two BroadwayWorld.com New York Cabaret Awards for "Cabaret Show of the Year" and "Best Tribute Show." Callaway will be joined by an all-star trio that will feature Ted Rosenthal on piano (yesss, the same guy who played with Gerry Mulligan and recorded a fantastic solo album for CTI, "Calling You"), Martin Wind on bass and Tim Horner on drums.

Ann Hampton Callaway is one of the leading champions of the great American Songbook. Her gifts as a singer, pianist, composer, lyricist, arranger, actress, educator, TV host and producer have given her one of the most unique careers in music today. Born in Chicago to an illustrious musical family, Ann's heartfelt singing style blends jazz and traditional pop, making her a mainstay in concert halls, theaters and jazz clubs as well as in the recording studio, on television, and in film. Callaway won the Theater World Award and received a Tony nomination for her starring role in the Broadway musical "Swing!"

She gained international exposure for writing and singing the theme for Fran Drescher's hit TV series 'The Nanny". Ann made her Hollywood screen debut in Robert DeNiro's spy thriller "The Good Shepherd" singing "Come Rain Or Come Shine" and was featured in the soundtrack of Queen Latifah's "Last Holiday". She's written over 250 songs including the Platinum Award winning hits for Barbra Streisand "At the Same Time" and "I've Dreamed of You". She performs the critically acclaimed acts "Sibling Revelry" and "Boom!" with Broadway star and sister Liz Callaway. Ann has recorded 12 solo CD's including her latest celebrated Telarc release "At Last" and is a guest artist on over 40 CDs. Callaway also devotes herself to philanthropic work, writing and performing to benefit many cherished causes. For more information, see her website www.AnnHamptonCallaway .