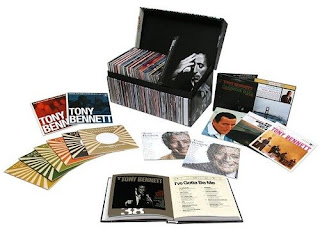 Between 1952 and the present day, Tony Bennett recorded an astounding 63 albums for the Columbia, CBS, and Sony labels – all of which now fall under the umbrella of Sony Music. This extensive box set brings together six decades of music, including the 11 albums he recorded for other labels, making this the first true complete albums collection. The box also features Bennett’s non-album singles from the ‘50s and an array of rarities, outtakes and other delights – including his very first recording and an Army V-Disk of “St. James Infirmary Blues.” Also included is the never-before-released "Live at the Sahara" – an incredible document of Bennett’s Las Vegas debut in 1964. The show captures all the onstage intensity, impromptu humor and crowd interaction that was the artist in his mid-‘60s prime. This 73-CD box set also features 3 DVDs. Yes, 76 discs in total!

Tony Bennett, to whom Arnaldo DeSouteiro was introduced in 1979 by their common friends Luiz Bonfá and Richard Templar, has been doing that for over 60 years: saving our souls with the greatest songs ever written. The Complete box is an absolute necessity, first because it contains several previously unreleased albums, like "On the Glory Road" and "From This Moment On," a live concert taped in Las Vegas that collectors have been salivating over since 1964. But more important, the new box is essential because up to now, Bennett has been the one singer of his stature to have such a large part of his canon unavailable in the digital era. Over the last 25 years, it has been possible to obtain virtually everything ever done by such Bennett peers as Frank Sinatra, Ella Fitzgerald, Nat King Cole, and Sarah Vaughan, yet somehow many absolutely classic Tony Bennett albums have never seen the light of day on CD: "Hometown My Town," "Love Story," "Get Happy" with the London Philharmonic, "Summer of '42," "Yesterday I Heard the Rain," "Tony Makes It Happen," and many others.

Bennett's career has been a long one: the box covers a span of 65 years, starting with that 1946 aircheck (originating from occupied Germany), when PFC Bennett was probably not yet 20, and goes up to "Duets II," the last tracks of which (including duets with Amy Winehouse and Lady Gaga) were recorded as he was gearing up for his 85th birthday. (In fact, producer Didier Deutsch and engineer Dae Bennett, the singer's son, were already working on this box when Tony had yet to record some of the tracks for Duets II.) The overall effect of the package, 73 CDs and three DVDs, is overwhelming. The videos include his Grammy-winning "MTV Unplugged" special from 1994; "An American Classic," a documentary produced by Clint Eastwood around the time of Mr. Bennett's 80th; and a very rare filmed concert from 1970 with the London Philharmonic.

1. The Man That Got Away rec. 1959 from SINGS FOR TWO, alt issued on the FORTY YEARS: ARTISTRY box set
2. Everybody Has The Blues,
3. How Do you Keep The Music Playing
4. The Day You Leave Me
#2-4 recorded for THE ART OF EXCELLENCE (1986) all alternate takes issued on the “Velvet Box” COLLECTION version of that album in 2006
5. A Child Is Born (take #2)
6. You Don't Know What Love Is (take #16)
7. Maybe September (take #8)
8. You Must Believe In Spring (take #1)
9. Who Can I Turn To (take #6)
#5-9 alternate takes from second Bill Evans album, TOGETHER AGAIN, issued on CD COMPLETE BILL EVANS RECORDINGS (Concord FAN-31281)
10. The Rules of the Road with Ralph Sharon Trio, alternate take rec. February 26, 1964, different from version finally issued on WHEN LIGHTS ARE LOW, alt take can be found on ESSENTIAL TONY BENNETT CD Columbia/Legacy 86634 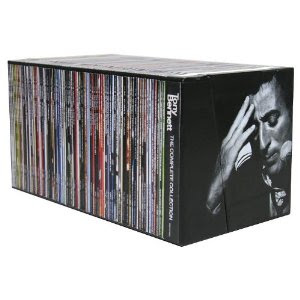