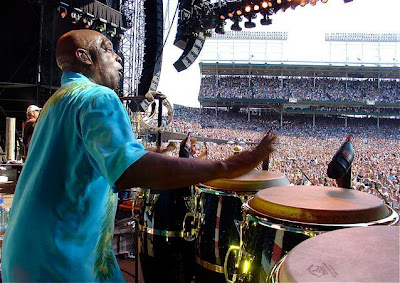 A version of this article appeared in print on December 21, 2011, on page B11 of the New York edition with the headline: Ralph MacDonald, 67, Pop Percussionist.

Afro-Caribbean rhythms were known as “the ghost” behind the hit records of a multitude of 1970s and ’80s pop stars and who was a co-writer on the hit songs “Where Is the Love?” and “Just the Two of Us,” died on Sunday in Stamford, Conn. He was 67. 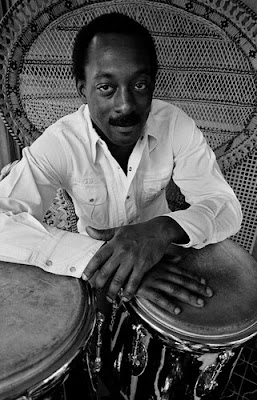 The cause was lung cancer, his family said.

Mr. MacDonald’s touch on the conga drums and dozens of other percussion instruments was ubiquitous for many years in pop music. It supplied the intimate undertow of Bette Midler’s “Do You Want to Dance?” (1972), the drive behind David Bowie’s “Young Americans” (1975) and the Caribbean lilt in Jimmy Buffett’s “Margaritaville” (1977).

With a reputation in the industry as “the ghost behind the million-selling albums,” as The New York Times recounted in 1977, he made similarly defining contributions to records by Stevie Wonder, Paul Simon, Aretha Franklin, Phoebe Snow, Rod Stewart, George Benson, James Taylor, Billy Joel, Luther Vandross and Amy Winehouse. “My approach is to work with melody by simply enhancing it,” he told The Times. Mr. Simon, with whom he made six albums, “sings such pretty songs,” he said, that “it’s a challenge to enhance that without overdoing it.”

Mr. MacDonald began learning his craft at an early age. His father and five uncles, immigrants from Trinidad, all played professionally in calypso bands. It was one of his uncles, Urias Fritz, who taught him to play with his fingers, not his whole hand, and showed him where to hit the drum. “He didn’t just hit the top of the drum,” Mr. MacDonald said in an interview. “He’d hit it all over, for all types of sounds.”

Mr. MacDonald was 17 when Harry Belafonte hired him for his touring orchestra. He worked with Mr. Belafonte for 10 years, and at some point informed him that despite his many gold records and despite being celebrated as the King of Calypso, Mr. Belafonte really didn’t know what calypso was.

After leaving Mr. Belafonte in the early ’70s, Mr. MacDonald and two partners, William Salter and William Eaton, began composing full time. One of their first songs, “Where Is the Love?,” was recorded in 1972 by Roberta Flack and Donny Hathaway and went on to sell several million copies and win two Grammy Awards. He and his partners wrote many more successful songs, including “Just the Two of Us,” a huge hit for Bill Withers and Grover Washington Jr. in 1981.

Ralph Anthony MacDonald was born in Harlem on March 15, 1944, the eighth of Patrick and Evelyn MacDonald’s eight children. His father was a calypso star known professionally as Macbeth the Great. In interviews, Mr. MacDonald said he had grown up almost literally with a set of drums in his hands and had been extremely lucky in his teachers: his father, his uncle and Mr. Belafonte.

He is survived by his wife, Grace; their children Nefra-Ann and Atiba; two children, Anthony and Jovonni, from a previous marriage; a sister, Sylvia Pristell; and three grandchildren.

He and his partners also wrote “Calypso Breakdown” for the soundtrack of “Saturday Night Fever,” which earned Mr. MacDonald two Grammys of his own in 1978 as a performer and a producer.

In the interview with The Times, Mr. MacDonald said he never regretted being a relative unknown, despite his renown among his peers. “I don’t want to be a superstar,” he said. “Above all, I’m a musician first.”
**************
This article has been revised to reflect the following correctionon December 22, 2011:

Because of an editing error, an obituary on Wednesday about the percussionist and songwriter Ralph MacDonald referred incorrectly to two of his survivors. Atiba is his son and Jovonni is his daughter — not the reverse. The obituary also misstated part of the title of a song performed and co-written by Mr. MacDonald that was on the soundtrack of the movie “Saturday Night Fever.” It is “Calypso Breakdown,” not “Calypso Fever.”
Posted by Arnaldo DeSouteiro at 4:44 PM