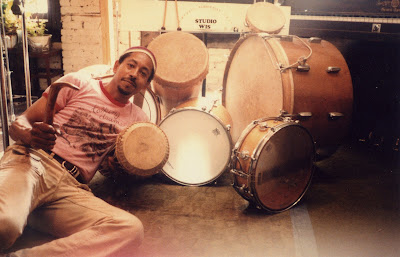 Join us for an innovative and exciting evening with percussionist Warren Smith and the Composers Workshop Ensemble at Jazz Tuesdays on Tuesday, August 11 in the Gillespie Auditorium at the New York Baha'i Center. There will be two shows at 8:00 and 9:30 p.m.

A founding member of the Composers Workshop Orchestra, a New York based cooperative group dedicated to performing original jazz compositions of its membership, Warren Smith is a New York based drummer and percussionist with a long history of pitching in on various masterworks, from the recordings of soul queen Aretha Franklin to the avant-garde saxophone maverick and fascinating composer Sam Rivers.

Warren Smith has also been a longtime member of one of the great percussion projects, the Max Roach M'Boom ensemble of drummers. He has collaborated with Miles Davis, Gary McFarland, Quincy Jones, Anthony Braxton, Charles Mingus, Phil Upchurch, Van Morrison, Count Basie, Tony Williams, Joe Zawinul, and many others.