The 2015 Winners of the Jazz Journalists Association Awards have just been announced!

The Jazz Journalists Association has announced winners in 32 categories of the 2015 JJA Jazz Awards celebrating musical excellence in calendar year 2014, and has also released details regarding its annual public Jazz Awards party, to be held at the Blue Note Jazz Club in New York City on Tuesday, June 16.

Randy Weston, the 89-year-old Brooklyn-born, Africa-steeped American pianist, composer and autobiographer, has won the 2015 Lifetime Achievement in Jazz Award, and pianist Jason Moran, artistic director of jazz at the Kennedy Center, was named Musician of the Year. Vocalist Cecile McLorin Salvant was voted "Up-and-Coming Musician" for a second year. Winners of Jazz Awards, who receive engraved statuettes, are determined through a two-stage process of open nominations and direct voting by the writers, photographers, broadcasters and new media professionals of the non-profit JJA's membership. Musician winners will receive their statuettes from JJA members at their summer performances throughout the U.S. 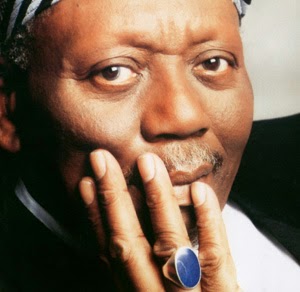 Weston, inspired by Art Tatum, Coleman Hawkins and Thelonious Monk as well as the music and culture of what he calls Mother Africa, is an active presence at Jazz Foundation of America fundraisers, as well as a world-touring performer. His autobiography African Rhythms
(Duke University Press), "arranged" by former JJA vice president Willard Jenkins, was nominated for the JJA's Book of the Year Award in 2011. Weston performed with conguero Candido Camero and reeds and winds player T.K. Blue at the JJA's 2010 Jazz Awards party at City Winery.

Pianism was a focus of these 19th annual Jazz Awards. Besides Weston and Moran, Awards went to Chick Corea (Keyboards Player of the Year), and Kenny Barron (Pianist of the Year, also honoredwith the Duo of the Year Award for his collaboration with bassist Dave Holland, which resulted in The Art of Conversation (Impulse!) named Record of the Year. Pianist-composer bandleader Arturo O'Farrill's Afro-Latin Jazz Orchestra is hailed as Best Large Ensemble of the
Year.

Winners of Jazz Awards for excellence in jazz media and journalism will be disclosed at the June 16 Blue Note party.  All 2015 winners and nominees as well as this year's 24 local Jazz Heroes will be celebrated and toasted at the party. Entertainment will be provided by Mimi Jones' band, Antoinette Montague accompanied by Dannie Mixon, and the duo Fula Flute. Tickets are now available.

Musician winners of 2015 JJA Jazz Awards, and Jazz Heroes are invited to the Jazz Awards party at the Blue Note as guests of theJJA, but must reserve tickets  in advance.

Here's the list announced today:
http://www.jjajazzawards.org/p/2015.html
Posted by Arnaldo DeSouteiro at 10:50 AM