Beyond CD of the Month - "Carlos Franzetti: In The Key Of Tango" 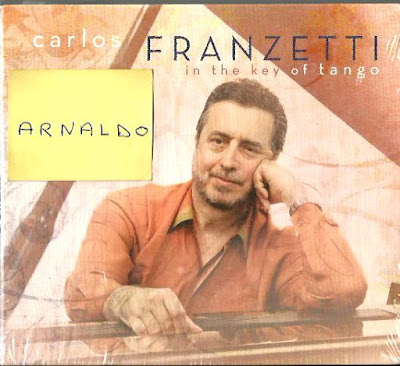 Beyond CD of the Month
Carlos Franzetti: "In The Key Of Tango" (Sunnyside)

NY-based Argentinian genius Carlos Franzetti, one of the best composers, pianists and arrangers in the contemporary music scene, says about this wonderful solo piano project: "And there I was once more in the mythical city of Buenos Aires, walking the barrios of my youth. The barrio where I was born. I felt as if I had never left, and as I rode the subway to the recording studio, the essence of tango was stronger than ever. Buenos Aires was taking over, the past combining with the present into a multidimensional universe, no longer making a dent in my watch."