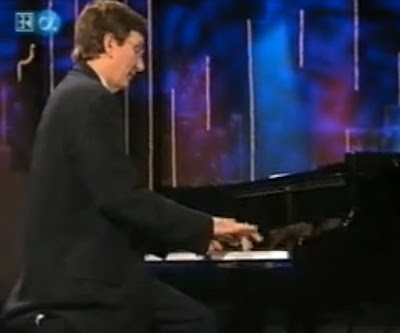 A great pianist who gained prominence all over the tour by touring with John Pizzarelli for over a decade, Ray Kennedy just passed away. He was 58. Kennedy began to experience the whole myriad of symptoms of MS (multiple sclerosis) in 2006, and it advanced quickly.

John Pizzarelli: "To say Ray Kennedy had a profound effect on my musical life would an understatement. They say to play better tennis, play with someone much better than you, well, I was playing with Nadal! We went all over the world and I watched Ray's playing change the molecular structure of the room. I saw more musicians shake their heads during his playing, more unabashed joy, heard more applause and adulation directed his way than I could've ever imagined. I was lucky to have seen this shooting star, to have been able to make music with him and to have called him friend. I know he is sitting next to Art Tatum or Oscar or Nat Cole and they are asking HIM to play for them! Godspeed pal."

Ray Kennedy grew up as part of a musical family in Maplewood, St. Loius, where his family owned a music store, and graduated from Maplewood-Richmond Heights High School in 1975.

After moving to NYC in his early 20s, he became best known for his long tenure with Pizzarelli, but also was involved in many musical projects as a bandleader, working with his brother, bassist Tom Kennedy, and with others.

Kennedy was diagnosed with MS in 2006, and had been in a nursing home in New York since 2013. Friends last year set up a page on the site Youcaring.com to raise funds to help his family with his care.

Survivors in addition to his brother include his wife, Eve, and two young daughters, of New York; and a sister, Wanda Kennedy Kuntz, of St. Louis. Funeral arrangements are pending, and when more information becomes available, StLJN will update this post.

Also, a benefit concert to raise money for Kennedy's family will be held in St. Louis on July 17 at the Sheldon.

The New York Times has described pianist/composer Ray Kennedy as “…an extraordinary pianist… [whose style] suggests a toned down fusion of Oscar Peterson and Erroll Garner, with a dash of George Shearing,” while the London Jazz review Boz described Ray as “a pianist with a rare and electrifying talent.” His work as pianist/arranger with The John Pizzarelli Trio for over a decade led to Ray being internationally recognized as a leading exponent of the “swing jazz” piano style established by such jazz legends as Teddy Wilson and Nat Cole. Ray was introduced to music at an early age by his father, who took him to hear acclaimed jazz musicians on a regular basis. One such outing led to the then 14-year-old pianist meeting and ‘sitting in’ with the great Dizzy Gillespie.

Ray has since performed and/or recorded with many of the top names in jazz, including Nat Adderley, Ruby Braff, Buddy DeFranco, Freddie Hubbard, James Moody, David Sanborn, Woody Shaw, and Sonny Stitt. He has recorded more than one hundred albums, not only in the field of jazz but in various other musical genres. Ray lives in New York City where he is active as a pianist, composer, and arranger, working with performers as diverse as Christina Aguilera and Maureen McGovern, for whom he also served as musical director.*

His compositions have been featured on numerous recordings including the soundtracks of two motion pictures. He also composed and performed the music for the off Broadway show Bill W. and Dr. Bob which opened at the New World Stages in March of 2007. Ray was a featured guest artist on Marian McPartland’s NPR program Piano Jazz and contributed commentary on the music of Harry Warren on NPR’s Fresh Air program. He has appeared with many major orchestras throughout the country including The Atlanta Symphony Orchestra and the Boston Pops, and has made numerous television appearances on The Tonight Show, Conan O’Brien, and Late Nite with David Letterman.

Ray has recorded 12 CDs with his trio, with several dedicated to the composers of the great popular standards including "The Ray Kennedy Trio Plays The Music Of Cole Porter" and "Plays The Music Of Arthur Schwartz." Another CD entitled "Mozart in Jazz" was recorded for and released in Japan and went to #1 on the jazz chart. It also received a Gold Disc award for artistic excellence from the country’s leading jazz magazine, Swing Journal. Rest in Peace. 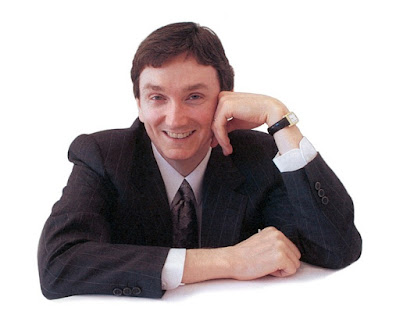 Posted by Arnaldo DeSouteiro at 6:28 AM