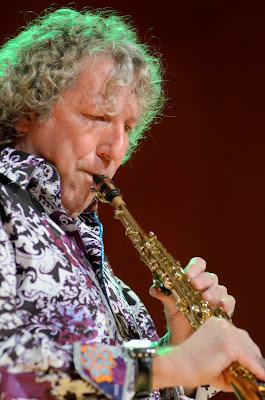 So sad to know about the passing of Bob Belden. Marc Copland (who was Belden's keyboardist at that time) introduced us in 1992, during an IAJE convention in Miami. The Bob Belden Ensemble (then signed to Blue Note by Bruce Lundvall, who died yesterday) performed a fantastic concert that night. Twenty years later, we worked together in some reissue projects for Sony, coordinated by Seth Rothstein, who was the marketing director of the Legacy label in the 2000s. One of them not yet released: the complete "The Best Of Two World" sessions, by Stan Getz & Joao Gilberto, with several previously unreleased alternate takes (although some of them were included in a compilation, we were remixing everything.) Rest in Peace.

**********
Arranger, band leader, saxophonist, producer and musicologist Bob Belden just passed away, after having suffered a massive heart attack on Sunday, at Lenox Hill Hospital in Manhattan, NY, at age 58.

Born James Robert Belden, he had an encyclopedic knowledge of both the musical and the historical aspects of jazz, in addition to other forms of music such as opera, and contemporary classical music. This has been evident in his work reissuing the music of Miles Davis in several fantastic box sets for Sony's Legacy label, for which he received Grammy awards. A familiarity with details of recording dates, personnel, and specific takes have proven invaluable in preserving and documenting that period of jazz
.
Belden's works as arranger and composer, leading The Bob Belden Ensemble or other bands -- on such album as "The Music of Sting," "When Doves Cry: The Music of Prince" and "Black Dahlia" -- show an extremely wide ranging versatility, often being compared to the works of Gil Evans and Maria Schneider. In 2008 he arranged and produced "Miles from India," a world fusion music record, based on the compositions of Miles Davis. In the record he assembled alumni of Davis and musicians of India. He continued in this vein with 2011's "Miles Español - New Sketches of Spain."

In addition to his work as arranger, composer, conductor and A & R director, Belden has contributed numerous liner notes for noted recordings, such as "Lou's Blues" by Lou Marini and the Magic City Jazz Orchestra. Some of his liner notes have received Grammy Awards. Belden also was the first American musician in 35 years to take a band from USA to perform in Iran. 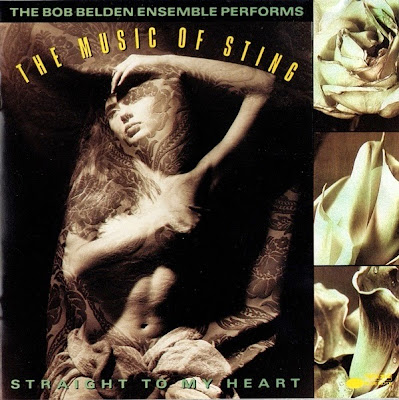 Posted by Arnaldo DeSouteiro at 2:34 PM