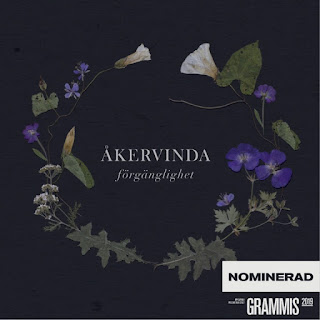 Since then the group have been touring in the US and Canada, singing at various festivals in France, Luxemburg, Iceland, Denmark, Sweden and the UK. Åkervinda’s music has been requested and praised in both the folk music-, jazz- and a cappella scene and has been heard in venues and festivals such as Shambala Festival (UK), London A Cappella Festival (UK), Festival de la Voix de Châteauroux (FR), Copenhagen Jazz Festival (DE) and Linköping Folkmusikfestival (SE). Åkervinda has collaborated with musicians and groups such as The Swingles (UK), Nordic (SE), Jaron Freeman-Fox (CA), Solala (SE) and Spöket i köket (SE) and their unique arrangements have been sung by choirs and vocal groups all over the world.
Posted by Arnaldo DeSouteiro at 11:40 PM