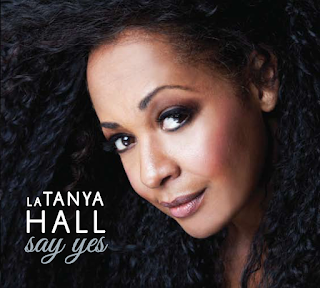 Next Friday, renowned vocalist La Tanya Hall will be releasing her new album "Say Yes", on November 8th, via Blue Canoe Records.  This is Hall's first full length album in a decade.

You can also catch La Tanya in duo with Andy Milne on WBGO's Singer's Unlimited this weekend.

Though her gorgeous, emotionally intuitive vocals take center stage, the expansive collection is, at heart, a collaborative effort with Unison, a newly formed NYC trio led by Hall’s husband Andy Milne on piano, featuring bassist John Hebert, and drummer Clarence Penn. "Say Yes" was produced and arranged by Milne, a distinct and respected voice at the heart of NYC’s creative jazz scene for over 20 years.

While "Say Yes" is technically a follow-up to La Tanya’s 2009 recording, "It’s About Time," she sees the new album as the first project that is a true reflection of her artistic spirit. Fans wondering why it took her so many years to return to the studio can look to her busy schedule touring these past seven years with Steely Dan – and her 10-year career as an instructor, passing along her experience and expertise to the next generation of singers as Associate Professor of Jazz Voice at Oberlin Conservatory and at The New School in NYC.

Over the years, La Tanya’s versatility in a multitude of genres has made her a first-call vocalist for some of music’s most celebrated artists, including Diana Ross, Bobby McFerrin, Harry Belafonte, Michael McDonald, Burt Bacharach, Quincy Jones, Aretha Franklin, Rob Thomas, Patti Labelle, Michael Feinstein and Steve Tyrell. Developing her solo artistry, she has performed in recent years at some of New York’s most renowned venues, including Jazz at Lincoln Center, Birdland, Symphony Space, Iridium, and Feinstein’s/54 Below. In addition, she has appeared as a soloist with the American Composer’s Orchestra, the Colorado Symphony, the Jefferson Symphony and the St. Louis Symphony.

“I have been busy singing with everybody else,” La Tanya says, “and even though my first album received critical acclaim, it featured arrangements that I couldn’t fully immerse myself in vocally and as an artist. So, with Say Yes, I was eager to present material that would support and showcase my disposition and broad range of musical tastes. Working so closely with my husband afforded me a trusting, collaborative dynamic that allowed me to sing as fully and as freely as I could.”

Besides her exquisite vocal tone and Milne’s elegant arrangements and piano work, the most remarkable aspect of "Say Yes" is La Tanya’s unique choices of material – a set list that truly reflects her deep musical curiosity, spanning generations and many genres. She reaches outside the jazz realm with re-imaginings of folk-rocker Jonatha Brookes’ “Because I Told You So” (which the singer calls “the most personal song on the album to me”) and the controversial choice of Joni Mitchell’s “The Fiddle and the Drum” – a Vietnam era tune whose poetry resonates perfectly in response to today’s intense socio-political climate, but doesn't fits musically with the sophisticated mood of the album.

A better idea that La Tanya develops with this recording is the decision to re-interpret classic jazz pieces that originated as instrumentals before lyrics were added later. These include the album opener, “All You Need To Say,” which first appeared as the instrumental “Never Say Yes” on Cannonball Adderley’s 1961 album with Nancy Wilson, and here features special guest trumpeter Michael Leonhart; Benny Golson’s “Whisper Not,” whose lyrics were added later by jazz historian Leonard Feather; “Pannonica,” Thelonious Monk’s tribute to elusive “patron saint of jazz” Pannonica de Koenigswarter, with lyrics added later by my much missed friend Jon Hendricks; another Monk-Hendricks classic, “Well You Needn’t”; and Clare Fischer’s “Pensativa,” whose lyrics were later penned by Norma Winstone.

In addition, La Tanya reaches back to 1944 and revamps Cole Porter’s classic, “Ev’ry Time We Say Goodbye,” incorporating a Pablo Neruda poem which adds new life to the already powerful lyrics, to 1942 for a fresh, bourbon-soaked spin on Fats Waller’s “Jitterbug Waltz,” and to 1916 for the Raymond Hubbell/John Golden tune “Poor Butterfly,” – the latter of which is a part of La Tanya’s Sarah Vaughan tribute show. There's also a thrilling voice/bass duet on Sigmund Romberg/Oscar Hammerstein's 1928 pearl "Softly, As In A Morning Sunrise." One of the best vocal jazz releases of the year. 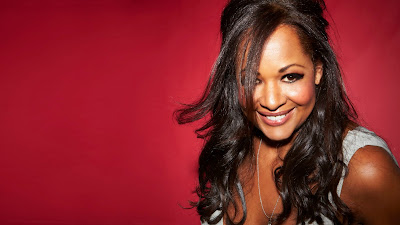