Vocal CD of the Month - "Lauren Desberg: Out For Delivery" 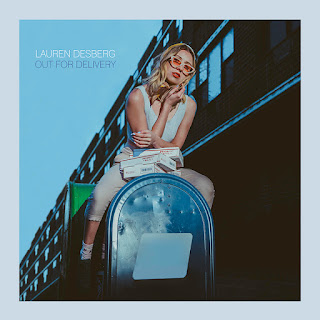 Vocal CD of the Month
Lauren Desberg: "Out For Delivery"
Rating: ****

Blending melodies reminiscent of the American Songbook with modern, innovative production, Desberg continues to foster her own unique style on "Out For Delivery." A culmination of a musical journey, delivered with a seemingly effortless ebb and flow, the album features sound effects that translate Desberg’s aural elements into visual and visceral components. "Out For Delivery" truly embodies this artist’s own personal philosophy - music can transcend genre.

Co-written by executive producer Will Wells and actually recorded in 2017, "Out For Delivery" touches on a myriad of existential and personal topics, ranging from self-care and reflection to the existence of free will to reincarnation. Comprised of ten originals and two reimagined gems, which encompass all styles of jazz from swing to modern to more popular-influenced sounds, this 12-track collection perfectly reflects the musical ethos of this rising star.

The album’s opening track, “The Way You Feel Inside” evokes a strong sense of individuality.  Featuring a dynamic solo by guitarist Andrew Renfroe, the track culminates with the sample of a rewinding tape recorder, leading seamlessly into track two. With bluesey overtones, “Yes Unless” spotlights a solo from pianist Kris Bowers, and is one of three tracks which features upright bassist Russell Hall.

The lead single from the album, “Something Wrong With Me” serves as a reminder that a lack of discussion should not allow for ignored or forgotten issues. While “Falling Dominoes” introduces listeners to just one of Desberg’s many philosophical theories, “Alone - In Love” reflects on the solitude one feels when faced with unrequited love. Originally written in a 4/4 time signature, the final product features Jonathan Barber’s unique drum groove. Exhibiting the unmistakable musical chemistry between Desberg and Renfroe, the duet, “How Could I Have Pain” grapples with the stark unfairness in life and the fact that apparent equals can live such drastically different realities.

The band bring a timeless classic into the 21st century with their transcendent take on the 1935 tune, “I’m Gonna Sit Right Down and Write Myself A Letter”, while Rodgers and Hammerstein’s “The Sweetest Sounds” is treated with an intricate modern-jazz spin - an arrangement courtesy of pianist James Francies.

Taking the advice of Kris Bowers, album pianist and Emmy and Oscar award winning film scorer, Desberg includes four interludes (tracks 3, 5, 9 & 12). Providing a cinematic appeal to the project, these intertwining pieces feature a guitar-driven, “Come With Me”, a homage to the imperative perseverance of musicians in “Hold On” and an exploration into the mystery of reincarnation in “Start Out Again”, which interestingly features the singer’s parents on backing vocals!

The fourth and final piece, "The Choice" draws the album to a close. Encapsulating Desberg’s diverse musical journey, "Out For Delivery" is the elegant embodiment of millennial jazz. 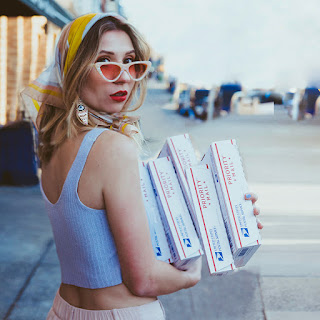 Lauren Desberg’s sonic palette simultaneously pays homage to traditional jazz while displaying her own contemporary feel—she embodies the spirit of her generation yet defies expectations. Growing up in Los Angeles, CA, Desberg’s younger years were filled with choirs and musicals, while her radio played jazz and 90’s teen groups alike.

While attending the prestigious Los Angeles County High School for the Arts (LACHSA), she sang with LACHSA’s jazz ensembles along with the Gibson-Baldwin Grammy Ensembles, the Brubeck Summer Jazz Colony as well as performing at the Monterey and Playboy Jazz Festivals. Lending her vocals to the Beantown Swing Orchestra, during her time at Berklee College of Music, Desberg’s talent has certainly not gone unnoticed, receiving the ASCAP Foundation Leiber & Stoller Music Award.

Her debut EP "Sideways" (2012), produced by Gretchen Parlato, and featuring Taylor Eigsti and Dayna Stephens, attracted attention from NPR and jazz stations worldwide. The songwriter began to bridge the gap between the jazz of yesterday and the popular music of today on her first full-length album, "Twenty First Century Problems" (2015), which also featured Taylor Eigsti, as well as Walter Smith. Her modern favorites, such as Frank Ocean and Kimbra, influence her sound as much as jazz greats of the past.
Posted by Arnaldo DeSouteiro at 10:26 PM