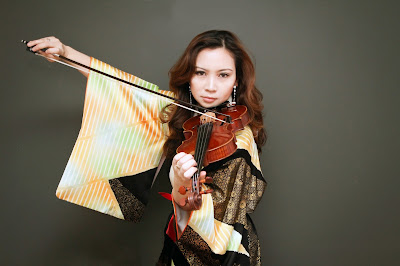 Visionary violinist and composer Meg Okura will be releasing two new albums in the coming months. She, along with Sam Newsome and Jean-Michel Pilc, will be releasing "NPO Trio Live at The Stone" on Chant Records on March 15th. On May 13th, which is Mothers Day, Meg along with the Pan Asian Chamber Jazz Ensemble featuring Tom Harrell will release "IMA IMA." The latter will be celebrated at Dizzy's Club Coca-Cola on August 20th.

Okura ushers in the Spring season with two new recordings: "NPO Trio Live at The Stone," the debut album from NPO Trio, which features Okura on violin, alongside Sam Newsome on soprano saxophone and Jean-Michel Pilc on piano, out Friday, March 15, and "IMA IMA," which features The Pan Asian Chamber Jazz Ensemble with Tom Harrell out Sunday, May 13.

While "Live at The Stone" introduces the impressive tightly-knit trio, who as a group weave through musical idioms of jazz and classical - from impressionism to minimalism, blues to free jazz, "IMA IMA" successfully blends the musical cultures of East and West for a new and exciting direction in modern jazz expression. With this highly-anticipated double release, Okura showcases both her truly versatile musicality. "IMA IMA" will be celebrated at Dizzy's Club Coca-Cola on August 20th. 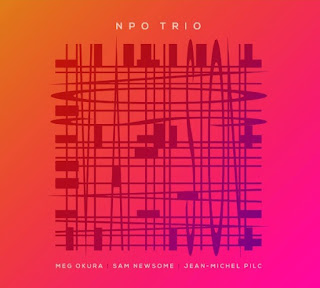 Newly established avant-garde and world music label, Chant Records is excited to announce the arrival of NPO Trio with the release of "Live at The Stone," which was recorded by the trio, led by Meg Okura during her residency at The Stone in the East Village, New York in April of 2016. Following the 2017 release of a duo album by Sam Newsome and Jean-Michel Pilc, Magic Circle, the duo multiplied its dimensions by adding the violinist to their line-up. NPO Trio is now a dynamic group of like-minded friends celebrating freedom of expression through music and sounds. Although the music presented by these three is improvisational, listeners will also hear hints of familiar melodies including well-known Yiddish songs and even excerpts of John Coltrane.

Okura explains that she has always felt emotionally connected to Yiddish melodies. The melodies are always sad and happy at the same time (typically a minor melody with major chords), just like the Japanese expression of happy sad. Reminiscing upon her childhood, Okura recalls consoling herself by truly believing that, "...sadness is absolutely necessary for me to experience true happiness in the future. And everytime I hear Jewish songs, it reminds me of my childhood."

The entire concert at The Stone consisted of three extensive improvisational parts. The first part, which is 38 minutes in total, is divided into 6 shorter segments, each given individual titles for the purpose of this album. The melody often quoted during these first six tracks is a famous Yiddish song by Mark Warshawsky (1848-1907), "Oyfn Pripetchik". The song is about a rabbi teaching his children about the value of education and perseverance. It also mentions exodus, reminding us of the sacrifices made by our ancestors, which presents us with the freedom we have today. Track 7, "Unkind Gestures" is a shorter improvisation, which pays homage to John Coltrane's Giant Steps. 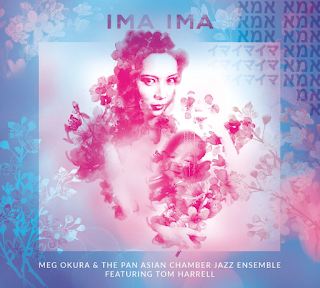 Meg Okura became an Ima (meaning mother in Hebrew) seven years ago, so along with being a tribute to Okura's grandmother, who recently passed away, it is only fitting that "IMA IMA" will be released on Mother's Day this year. Okura explains that although many refer to this period of time as an interruption, she prefers to regard it as a constant state of disruptions.  "The earliest compositions on this album being the ones from my pregnancy period only support that claim. However, I do not believe motherhood has had a negative impact on my music."

Okura explains that disruptions forced her to think more creatively and resourcefully, and so inevitably made her music stronger. It inspired the Japanese native towards integrity, and excellence in her composition, improvisation and performance. Being anything other than the first-rate was not acceptable. "The last thing I wanted to do as a mother was to use motherhood as an excuse for not being able to achieve excellence."

Formerly a concert violinist, Okura made her U.S. solo debut at the Kennedy Center with the late Alexander Schneider's New York String Orchestra. She then moved to New York City and earned her bachelor's and master's degrees in classical violin from The Julliard School.  Advancing her career as a jazz violinist while at the Henry Mancini Institute in Los Angeles, Okura was soloist and the concertmaster for the orchestra backing up Herbie Hancock, Shirley Horn, Diana Krall, and Terence Blanchard, under the batons of music icons as Quincy Jones, Jerry Goldsmith, and Jack Elliot.

Okura quickly became one of the most sought-after violinists on New York City's music scene, appearing on dozens of recordings with a wide range of artists including David Bowie, Lee Konitz, Diane Reeves, Heidi Grand-Murphy, Sam Newsome, Jesse Harris, Jeremy Pelt, Ziggy Marley and many more. She has toured internationally with the late Michael Brecker, Steve Swallow, Tom Harrell, appearing at venues such as Carnegie Hall, The Barbican, Madison Square Garden, Village Vanguard, Blue Note Tokyo, Hollywood Bowl and at numerous festivals and concert halls around the world. In 2016, Okura held a week-long residency at the Stone in New York City, performing and presenting 12 concerts with her 10 different groups.

She has herself also appeared on many movie soundtracks as a violinist, and erhu player, has been featured in three Cirque du Soleil productions (Varekai, Wintuk and Corteo), and has collaborated and performed with Oscar nominee actor and Columbia recording artist Terrence Howard. For the past ten years, Okura has also been a member of a Jewish/Middle Eastern band "Pharaoh's Daughter" led by ex-orthodox singer-songwriter and cantor Basya Schechter.
Posted by Arnaldo DeSouteiro at 5:15 PM