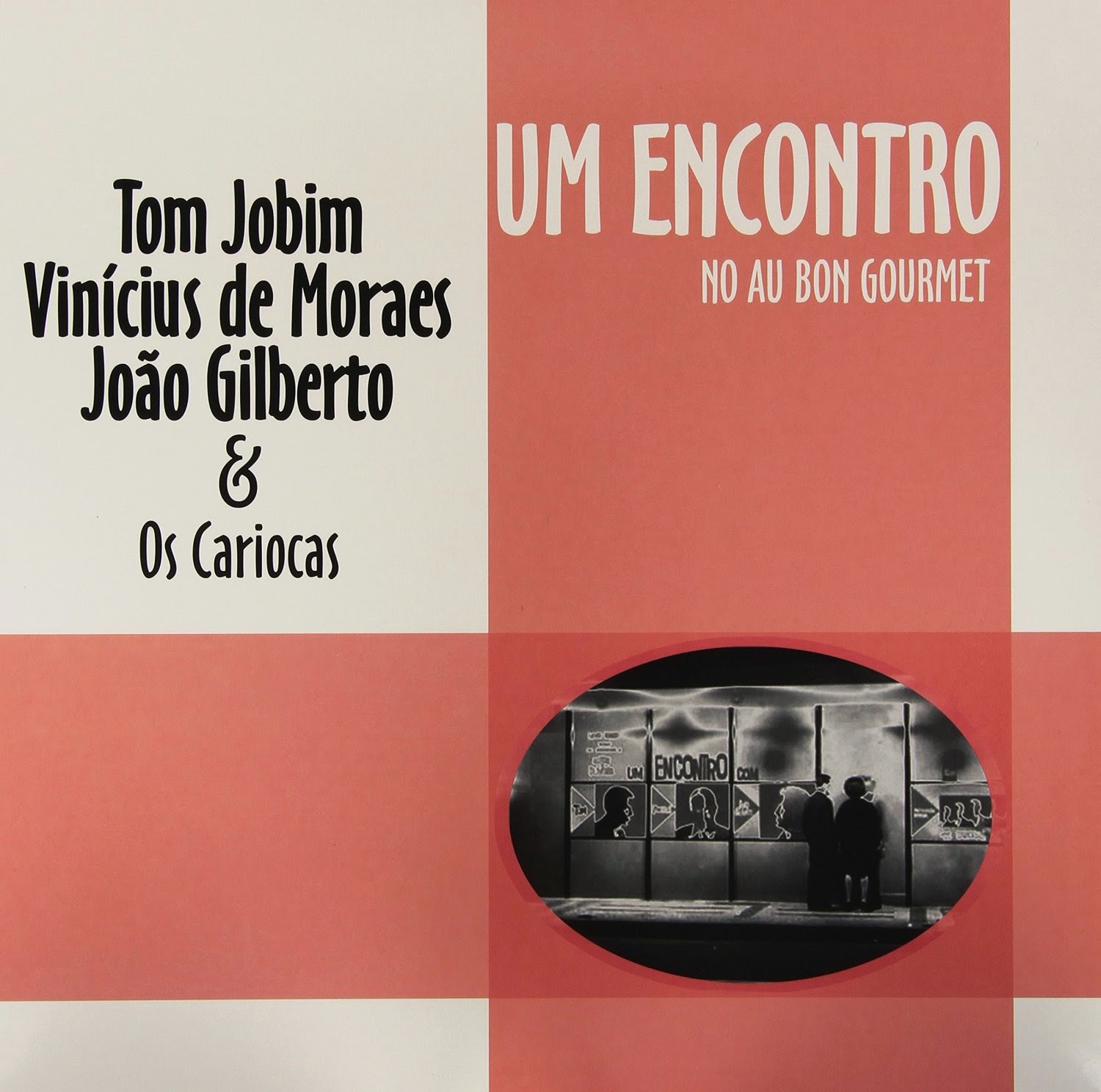 After many unofficial issues (each one with a different cover!), a true collectors' item among Brazilian music connoisseurs, "Um Encontro No Au Bon Gourmet," will be commercially released for the first time next month, on March 3rd, by the Doxy label. Initially, it will be available only on a 140 gram audiophile clear vinyl (ACV) LP, in a limited and numbered issue. Tomorrow it becomes available for pre-order on www.amazon.com

That concert introduced a "new" song, "Garota de Ipanema" ("The Girl From Ipanema"), performed with a seldom-heard intro. The following year, Gilberto, Jobim and Banana -- plus Stan Getz and Astrud Gilberto -- would record the internationally famous version included on the million-selling and multi-Grammy winning album "Getz/Gilberto." 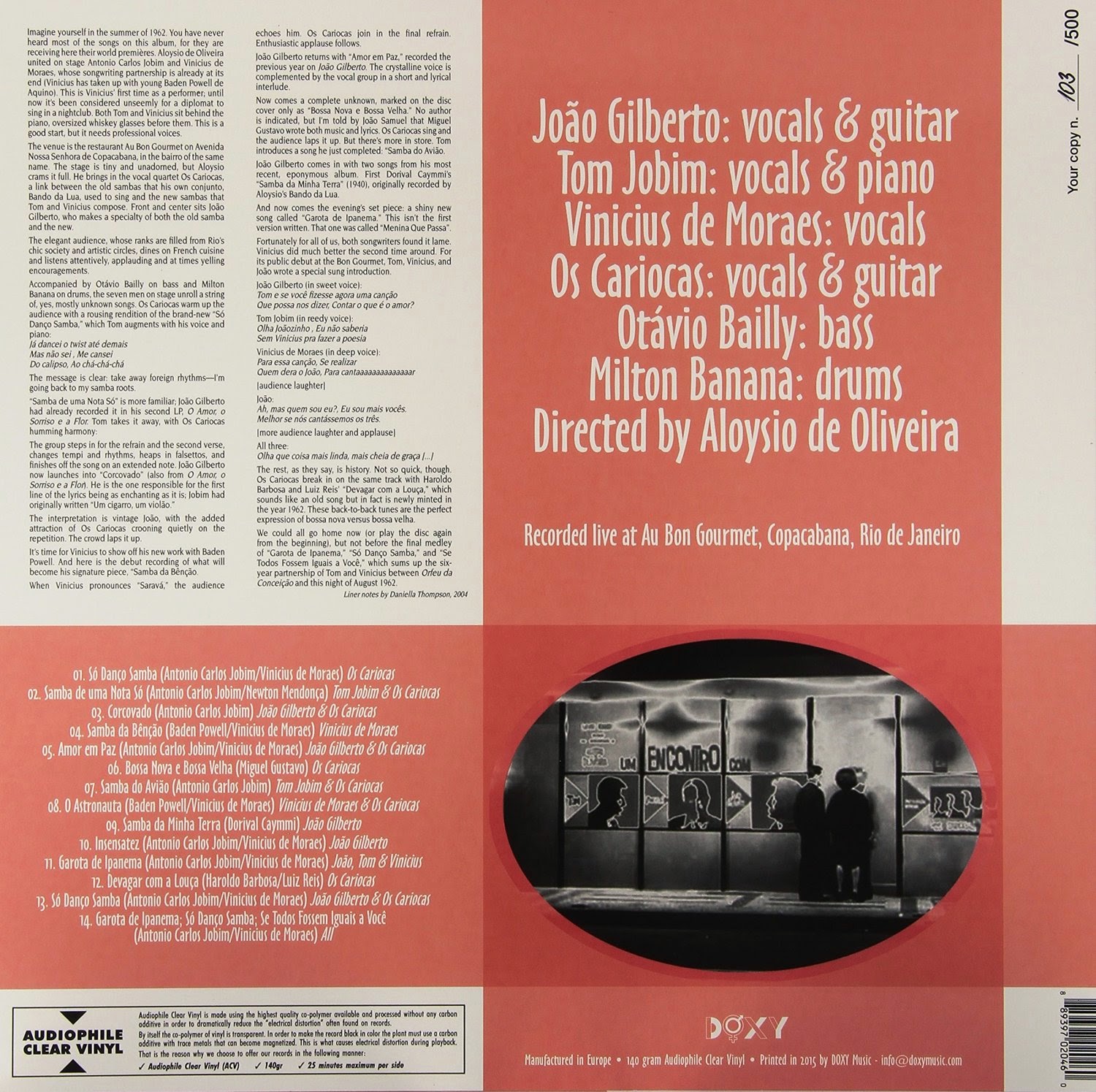 Posted by Arnaldo DeSouteiro at 9:38 PM