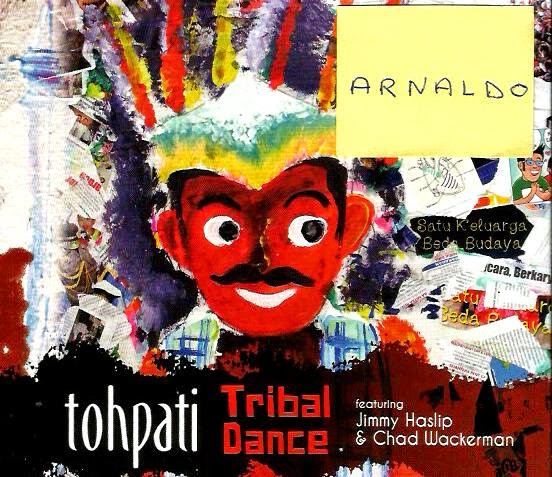 For his third release for MoonJune Records [following 2010's Tohpati Ethnomission, "Save The Planet," and 2012's Tohpati Bertiga, "Riot"], Tohpati is joined by renowned maestros, bassist Jimmy Haslip and drummer Chad Wackerman [who appeared together on the Holdsworth-Pasqua-Haslip-Wackerman "Blues For Tony" project]. The result is an album of brilliantly-conceived and -executed music, evidenced by a wellspring of inspired interplay, a delightful chemistry and bursts of intense, spontaneous genius.

On "Tribal Dance," there's no shortage of Tohpati's trademark breathtaking, acrobatic axe-wielding. Towering power chords, distorted spare-note lead lines, unexpected machine gun-blasting sonic assaults, chugging rhythmic grooves, and even a host of elegantly-nuanced jazz phrasings, are all in attendance -- summoned at will, and in omnipotent fashion.

His explosive fretwork often appears as the musical equivalent of a pounching cobra (or one that is coiled and ready to strike!), yet it is his intuitive, prescient interplay with this formidable world-class rhythm section that emerges victorious on this stage. A powerful synergy prevails, as Tohpati locks in with Haslip’s dubmaster basslines and the rubber-limbed, imaginative kitwork of Wackerman. The trio generate wave upon wave of infectious syncopations and robust grooves, gloriously decorating a very special session.
Posted by Arnaldo DeSouteiro at 1:11 PM