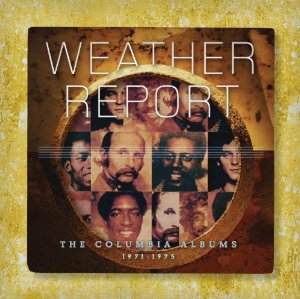 For many, the story of Weather Report begins with the late 1970s albums that featured the addition of electric bassist Jaco Pastorius (as documented on 2011's box set, "Weather Report: The Columbia Albums 1976-1982," which celebrated the 40th anniversary of the band's formation). Yet what the six albums that make up this comprehensive collection prove beyond a shadow of a doubt is that the early to mid 1970s saw some of the most adventurous and satisfying work of Weather Report's entire lifespan.

In fact, it's these recordings "Weather Report," "I Sing the Body Electric," "Live In Tokyo," "Sweetnighter," "Mysterious Traveller" and "Tale Spinnin'" that established Weather Report as one of the seminal fusion ensembles of the era, alongside such brethren bands as the Mahavishnu Orchestra, The Headhunters, and Return To Forever. With remastered sound and authoritative liner notes by Bill Milkowski, Weather Report: The Columbia Albums 1971-1975, is also noteworthy for the inclusion of the complete Live In Tokyo, (a handful of whose tracks had appeared on I Sing the Body Electric) which captures the band at a peak performance in 1972. 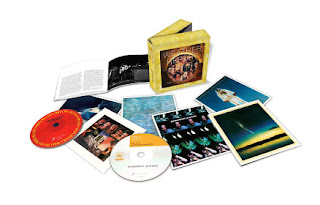 Posted by Arnaldo DeSouteiro at 11:13 AM