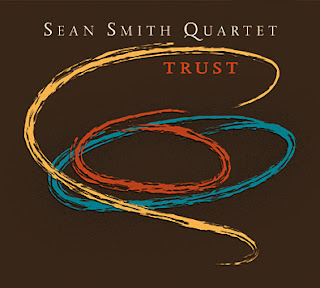 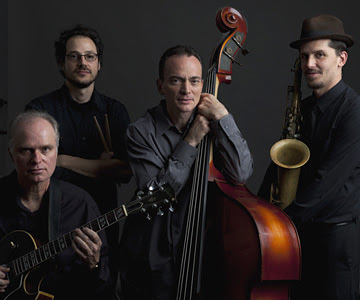 Jazz bassist/composer Sean Smith makes a welcome return to recording with "Trust" -- his third album as a leader, his first since 2001, and the debut release for his own imprint, Smithereen Records. Smith's swinging, finely attuned quartet, which consists of guitarist John Hart, saxophonist John Ellis, and drummer Russell Meissner, is dedicated to exploring Smith's original compositions.

"Trust is such a big part of what we do," Smith says. "I trust that these guys are going to interpret my pieces without me telling them very much. Oftentimes they make them sound better than I had envisioned. They'll suggest something, or go with an idea and trust that it will be the right thing at the moment."

Among the 12 highly melodic, evocative originals on the new CD are the bracing opener "Betting Blind," an homage to Wayne Shorter titled "Wayne's World," the deceptively simple "Homemade Japanese Folk Song" (performed in a round), and the samba "Margin of Error." "Melody is incredibly important to me," Smith says. "The other foundations are crucial, but melody is usually what the tunes are based on, not a set of chord changes that sound good to play on."

Over the past two decades, the Connecticut native has earned the respect and confidence of his musical peers with his commanding technique, rich tone, prolific output as a composer, and chameleon-like ability to match his shading to a multitude of rarefied musical settings. He's performed and recorded with many of jazz's most influential and revered artists, including Benny Carter, Clark Terry, Phil Woods, Lee Konitz, Johnny Griffin, Art Farmer, Gerry Mulligan, Tom Harrell, Peggy Lee, Andy Bey, and Jimmy Scott. A productive four-year stint with pianist Jacky Terrasson greatly heightened his international profile.

Smith's compositions have been recorded by jazz luminaries such as Phil Woods, Bill Charlap, Leon Parker, Gene Bertoncini, Bill Mays, and supreme jazz vocalist Mark Murphy, who added lyrics to Sean's "Song for the Geese" (BMG) and used it as a title track for his outstanding 1998 Grammy-nominated album.

Smith's career was threatened by a March 2007 incident related to his volunteering for a local animal shelter, when a dog he had never walked before turned out to be a dangerous animal. The dog bit off the end of his left middle finger, and Smith was plunged into an intense post-surgery rehabilitation that required him to, as he puts it, "relearn how to play several times." He kept working throughout the ordeal, and though he's fully recovered now, the experience changed his life -- and the way he plays his instrument. "It forced me to prioritize my own music," says Smith. "For that, I'm grateful."

The Sean Smith Quartet (l. to r.: Ellis, Hart, Smith, Meissner) has been together for a dozen years in one form or another. Now that Smith has established his own label, might jazz fans anticipate more frequent recordings from them? "I can't tell you how empowering it is for an artist to have complete control over every aspect of a project -- not only the music but the entire presentation. It's exciting," says Smith. "I'm already looking forward to the next CD with the quartet as I have many compositions I'd like to record." 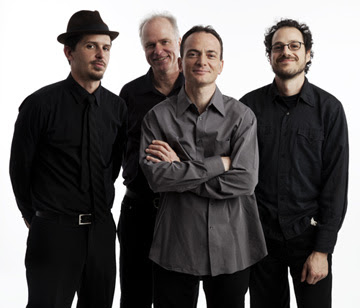