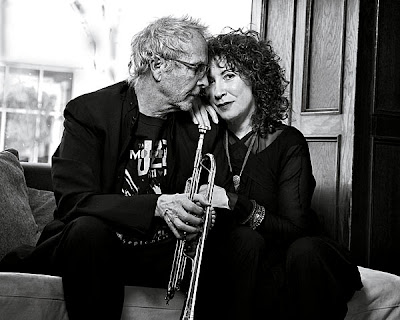 Concord Jazz is proud to announce the release of "I Feel You," the new album from music legends Herb Alpert and Lani Hall. "I Feel You" is a thrilling collaboration that blends Alpert and Hall's vocal and instrumental gifts to perfection. The songs cover several reinterpreted classics spanning four decades. Recorded in Los Angeles, it is the duo's first studio album in almost ten years and will be available February 8, 2011.

Alpert and Hall are scheduled to tour several venues in support of the release with additional dates to be confirmed in the new year. They will be accompanied by the versatile band who worked on "I Feel You" which includes Michael Shapiro (drums), Bill Cantos (keyboards) and Hussain Jiffry (bass). "I Feel You" was co-produced by Alpert and Hall along with the band members.

The songs selected by Alpert and Hall include such classics as Van Morrison's "Moondance" and Peggy Lee's "Fever" as well as two Beatles tunes "Here Comes The Sun" and "Blackbird." All the songs on "I Feel You" are filled with unique and innovative arrangements along with skilled improvisations which breathe fresh life into them. Also on the CD is a reinvented version of the Tijuana Brass hit, "What Now My Love."

"Each song is like a flower opening up, exposing new color and fragrance, strength and fragility," commented Hall. "I think the key to a great song is always the melody and Lani thinks it's an equally expressive lyric which is one of the reasons we're a good team. The songs on 'I Feel You' reflect honesty and our mutual commitment to all the songs we do together is to make them sound fresh," added Alpert.

The outcome of their complementary philosophy is 14 songs on "I Feel You" that marry the essence of their shared gifts.
********
Herb Alpert and Lani Hall 'I Feel You' Tour Dates: