Instrumental Jazz CD of the Month - "Astronomico: Bring All Your Ships Home" 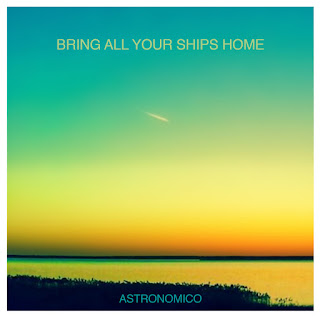 Astronomico is a composers collective drawing on the diverse musical experiences of its members while maintaining a “wide open, anything goes” approach to music making. Although Astronomico, as a band, has been playing for only a few years, the roots of the band run deep, with its members having played together in various configurations for many years.

Bassist Chris Lopes has been playing, performing, writing and recording music for over three decades. He is adept at straight ahead and free jazz, afro-caribbean, funk and blues, as well as having a wide variety of other-worldly musical expressions.

Chris was an original member of Rob Mazurek’s Chicago Jazz Underground and he has been featured as a multi/instrumentalist and composer on three of Jeff Parker’s trio recordings. Some of his other credits include Ben Goldberg, Mike Patton, Scott Amendola and John Calloway.

Currently, Chris can be heard as a bassist, percussionist and composer with Astronomico, a World Jazz composers and improvisors collective, and has the drummer for Nina Ott’s organ trio, NO3.

“Lopes’s bass works itself deep into the fibre of the music, adding subtle gradations of colour and tone” David Keenan, The Wire
“Plainsong is lithe fancy which whispers sweet nothings in your ear before hiving off in a smoky bar to lay its hooks elsewhere” Tangents.com
“ Lopes’ pieces are some of the most memorable...and are the perfect venue for Parker for demonstrate his abilities as a jazz soloist.” Dusted Magazine

A Boston-based drummer, Jared Seabrook started playing drums at 10, playing live at 14, and has been playing everything from punk rock to jazz ever since. Seabrook spent 10 years studying with Bob Gullotti, as well as benefiting from an extraordinary public music program. He’s since toured around the country and internationally. He is endorsed by Vic Firth, and notable performances include Montreux Jazz Festival, multiple NYC Winter Jazz Fests, George Wein’s Care Fusion Festival, and Lincoln Center, among others. Print features include Downbeat Magazine, UK Wire, Time Out NY, Drumhead Magazine, and Boston Globe, and his original work was featured on a soundtrack for a documentary airing on MTV and MTV2. The New York Times has described his playing as “vicious”, but he’s a pretty nice guy.

Detroit born pianist, organist and composer Nina Ott got her start in Chicago as house pianist in The Green Mill late night jazz session. She has since been a part of the creative music scenes in Chicago, San Francisco, Detroit and Boston. A few musicians Nina has worked with include George Fludas, Ralph Peterson, Mark Turner, Jeff Parker, Vince Chandler, Jared Sims, Leonard King, Marion Hayden and Kenwood Dennard.

For the past decade she has been immersed in Afro-Caribbean music, studying percussion and playing in several Latin Jazz and Salsa bands. Among those Nina has worked with are John Calloway's Latin Collective, Louis Romero y su Mazacote, Jesus Pagan and her own groups including a cajon-based trio Zunzún with percussionist Pepe Espinosa.

Nina leads an organ trio, NO3, which is based in funk, jazz and afro-cuban music. Her husband, Chris Lopes plays drums and percussion in the group. She is currently making a solo piano record dedicated to the late great pianist, Jaki Byard. Nina plays keyboards and writes in Astronomico, a Boston based band which recently released a debut recording.

Guitarist and composer Steve Fell has been active in the Boston music scene since the mid 90’s. Having grown up on a steady diet of eclectic college radio programming and MTV, his musical output has similarly spanned across musical genres and styles, including everything from free jazz, funk, noise, calypso, and psych-rock to west African, straight-ahead jazz, hip-hop, avant metal, dub reggae, Afro Beat and pretty much everything in between.

He has performed world wide at notable venues such as the Montreal Jazz Festival, the Blue Note NYC, the Boston African Festival, the Stone NYC, CBGB’s NYC, Shinjuku Pitt Inn, Tokyo, Discover Jazz Festival, Burlington, VT., among others, and is currently the house guitarist at the historic Wally’s Jazz Cafe Tuesday funk night.

In addition to co-leading Astronomico, he co-leads the forward looking jazz composer’s collective, Clear Audience, and regularly works as a collaborator/sideman with numerous artists and projects in the Boston area. He has been featured on over twenty releases.
Posted by Arnaldo DeSouteiro at 10:11 PM No comments:

Fusion CD of the Month - "Salaberry & Friends: Rhythm of the Spirits" 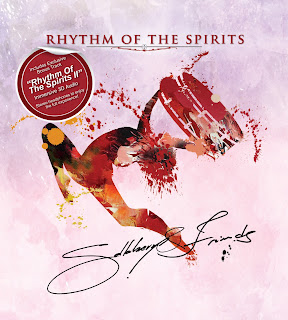 On his ambitious 8th solo album, "Rhythm Of The Spirits," renowned São Paulo-born (and currently Miami-based) drummer Roberto Sallaberry, reunited an all-star cast of 20 Brazilian musicians and recorded them in nothing less than 19 different studios. Bass stylist Jorge Pescara shines on his duo number with the leader, "Invocation," while brilliant guitarist Fulvio Oliveira sounds creative and flawless on all his appearances, most notably on "Winds From The East," "Voices" and "Before The Rain." A top class fusion adventure. 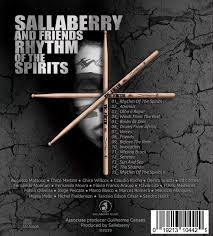 Posted by Arnaldo DeSouteiro at 10:11 PM No comments: 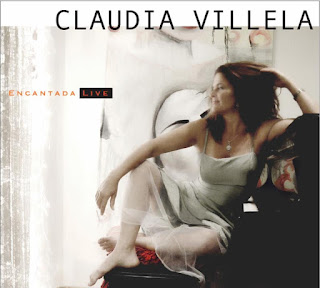 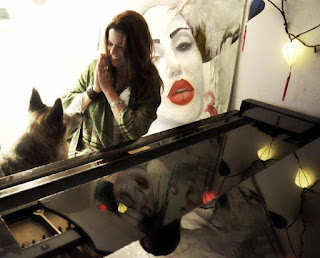 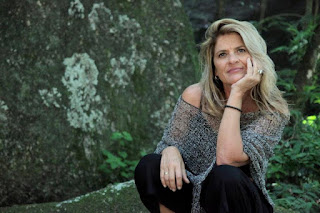 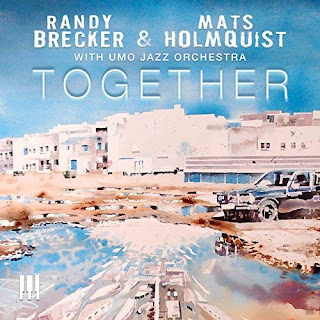 Randy Brecker has been shaping the sound of music for decades. His performances have graced hundreds of albums by a wide range of artists from Dreams, Michel Legrand, João Donato, George Benson and the CTI All Stars to James Taylor, Bruce Springsteen, Chaka Khan, Eliane Elias, Ada Rovatti and Parliament-Funkadelic, besides two Grammy winning albums on Summit & MAMA Records. I've been Randy's fan for over 4 decades, and he never ceases to amaze me. Together with Mats Holmquist and the UMO Jazz Orchestra, he just did it again.
Posted by Arnaldo DeSouteiro at 10:11 PM No comments: