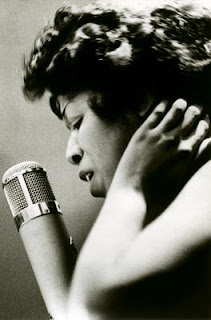 Versatile American jazz singer much esteemed in the UK

Dakota Staton emerged in the 1950s as one of the most gifted and charismatic singers in the world of jazz, following in the stylistic footsteps of such singers as Dinah Washington and Sarah Vaughan, but with a robust voice that deepened and became more individual in timbre as she grew in experience. She also took easily to singing in the related R&B, soul and gospel music styles, but her forte was straightforward jazz.

Although she was born and raised in Pittsburgh, and developed her career in the US, she was also well known in Britain for her popular recordings with the pianist George Shearing, and for the period in the 1960s when she was based in the UK.

Staton attended the Westinghouse High School, Pittsburgh, where she became a member of a swing band, the Kadets. Starting her professional career in her late teens, she sang in clubs on the East Coast before Dave Cavanaugh, a producer at Capitol Records, heard her singing at a club in Harlem and signed her to the label.

Her first disc, cut in 1954, was the single "What Do You Know about Love?", and this was followed by a disc with the Nelson Riddle Orchestra that showcased her in much the same way as Riddle had done with Ella Fitzgerald. This raised her profile on the touring circuit, and she was voted Most Promising Vocalist of 1956 in the annual Down Beat critics' poll.

The bassist John Levy, who played with Shearing and had become a manager, took Staton on to his books, ensuring that she worked with Shearing's quintet and recorded with some of the finest jazz musicians of the day. The best example of this was her 1957 album "The Late, Late Show", for Capitol, which showcased her singing in a classy band anchored by the piano of Hank Jones, with the fiery swing trumpet of Jonah Jones taking the instrumental lead. The album reached No 4 in the charts, and its successor, "Dynamic", also reached the Top 30.

Staton became a regular on television, appearing, among others, with Shearing and Dizzy Gillespie. She toured with Benny Goodman, and appeared at the Newport Jazz Festival in the early 1960s, as well as keeping up a steady stream of albums for Capitol, including "Ballads and the Blues", "Softly" and "Round Midnight". She then moved to the United Artists label, continuing a similar line of ballad and swing records, but also making an entire disc with strings.

In 1965 she decided to settle in Britain and appeared frequently at Ronnie Scott's Club, as well as making an album with the cream of local musicians called "Dakota '66".

After five years or so she returned to the US and resumed her high-profile recording career, making some soul and gospel discs, but also working with the jazz studio orchestra of Manny Albam, and with the organist Richard "Groove" Holmes. In the late 1980s and early 1990s she worked chiefly with the pianist and musical director Bross Townsend, making discs for the Muse label, and her final recording, "A Packet of Love Letters", was made for High Note in 1999.

Staton suffered a severe stroke not long after it and did not perform again. Her career was celebrated by her home city of Pittsburgh in 2001, and she was inducted into the gallery of stars at the Kelly-Strayhorn Theatre there.

She had married Talib Ahmad Dawud, a trumpeter, in 1958, and converted to Islam, taking on the name Aliyah Rabia for a time. The marriage ended in divorce.
Posted by Arnaldo DeSouteiro at 8:12 AM