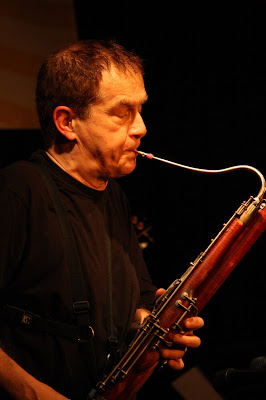 It is with great sadness that I must report the passing of my dear friend Daniel Smith, "The World’s Most Recorded Bassoon Soloist!"

Daniel Smith, who was one of the few bassoonists recording and performing in both Jazz and Classical music, described as the “Gerry Mulligan of The Bassoon”, in the world of Jazz and the “Rampal of The Bassoon” in classical music, passed away at 77 on December 19, 2015 in Brooklyn, NY. The cause of death was an aggressive infection that led to cardiac arrest. His daughter Jacqueline Smith confirmed his death.

Bronx-born Daniel Smith studied music at Manhattan School of Music, Columbia University and The Mannes College of Music.Joining the US Army, he was a member of the West Point Academy Big Band.During his early twenties he played the saxophone with several Big Bands including The Cab Calloway Orchestra and others.

As a teenager, Smith and his friends traveled from The Bronx to attend many jazz shows on New York’s famed 52ndStreet, in clubs such as Kelly's Stables, Leon & Eddie's, The Famous Door and Jimmy Ryan'st and others where he heard all the great performers such as Charlie Parker, Dizzy Gillespie, Lionel Hampton and others.

Smith has recorded numerous discs, with repertoire ranging from Baroque concerti to contemporary music, including jazz with a quartet under his own leadership, ragtime, and crossover.

Daniel Smith is the first bassoonist to have recorded all 37 Vivaldi bassoon concertos, in recordings made with the English Chamber Orchestraand I Solisti di Zagreb. Smith has also recorded with the Royal Philharmonic Orchestra and the Caravaggio Ensemble.

Smith is also noted for his support of the creation of new concerti for his chosen instrument. He gave the United States West Coast premiere of Gunther Schuller's Concerto for Contrabassoon and Orchestra. Daniel Smith has performed solo recitals at New York's Lincoln Center and Carnegie Recital Hall, Wigmore Hall, the BBC Concert Hall, and the Tivoli Concert Hall in Copenhagen.

His 5-CD box set of 37 Vivaldi Concerts was recently re-released by the label Deustch Gramophone/Decca in England and is a very sought out item in their catalog which features top performers of the classical genre. Recorded with the English Chamber Orchestra and The Zagreb Soloists, was chosen as ‘Best Concerto Recording’ of the Year’ by the Music Industry Association. His pioneering crossover albums, ‘Bassoon Bon Bons’ and ‘Bravo Bassoon’, have demonstrated how versatile the bassoon can be in adapting music in other genres to the instrument.

Noteworthy performances include premieres of Gunther Schuller’s ‘Concerto for Contrabassoon and Orchestra’, Steve Gray’s ‘Jazz Suite for Bassoon and Orchestra’ and Robert Farnon’s jazz-oriented bassoon concerto, ‘Romancing the Phoenix’. Smith has presented solo concerts at New York’s Lincoln Center and the Tivoli Concert Hall in Copenhagen. His many recordings are heard throughout the world on jazz and classical radio stations, National Public Radio in the USA, on major airlines for in-flight listening, as well as being featured with leading book and record clubs and the Muzak network. 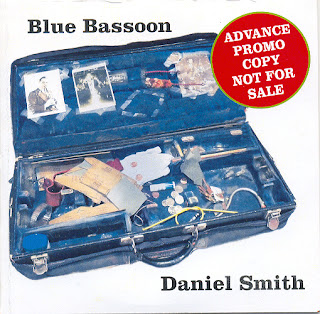 Winner of our annual Jazz Station Award in the "Miscellaneous Instruments" category in 2008 (for "Blue Bassoon") and 2011 (for "Bassoon Goes Latin Jazz"), Daniel Smith has also been voted ‘Rising Star’ by the Downbeat Critics Poll and nominated twice by the Jazz Journalists Association as finalist for their ‘Player of the Year’ award. In Great Britain, Smith was designated as ‘Ambassador for the Bassoon, along with the City of Luton presenting the ‘Daniel Smith Season’; showcasing his talents in concerto performances, in recital with piano, and in a jazz concert with his quartet. 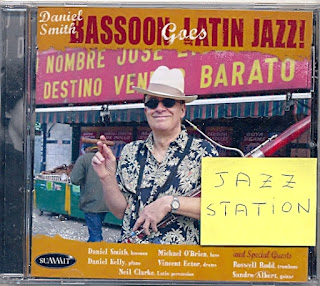 Performances with his acclaimed jazz ensemble, ‘Bassoon and Beyond’, include appearances in NYC at Puppets Jazz Club, Café Vivaldi, The Tea Lounge, The Kitano Jazz Club (5 times), the Brooklyn Conservatory Concert Hall, the Brooklyn VA Hospital, and at Barge Music. Other performances featuring jazz include the Jefferson Medical College in Philadelphia, Twins Jazz Club in Washington D. C., The University of South Carolina, Club Harlem in Barcelona, ‘Pizza On The Park’ (6 times) in London, The Summerwinds Festival in Germany, as well as numerous appearances in the UK, Spain, Belgium, Italy, The Netherlands, Scotland, Wales and Ireland.

A well-spoken jovial world traveler and lover of good conversation, Daniel Smith married Judith Shipman in 1961; she died in 2013. He is survived by son Robert Smith and daughter Jacqueline Smith and four grandchildren.

Among his latest projects, “Big Band Bassoon” a project he was currently working on with pianist/arranger Robert Boscher from Holland, an updated serving of  his favorite Big Band numbers with his trademark bassoon solos and exquisite arrangements.  His latest release on the Summit label “Jazz Suite for Bassoon” won critical acclaim by music media. It features an original composition of the same name by British composer Steve Gray.

A two-disc “The Best of” was in the works for the label Decca in U.K. A concert was planned for this spring in England with an orchestra. In addition, Mr. Smith was working on an orchestral piece with the Brazilian composer João McDowell to be premiered in Brazil in the near future.
His memory and friendship is cherished by family, close friends, numerous jazz and classical musicians and sidemen as well as collaborators, and his music offerings will live forever.

A Memorial concert to celebrate his life in music will be held in 2016. Rest In Peace, my friend! 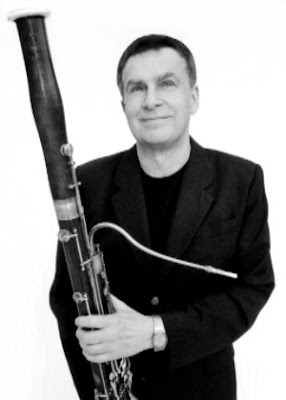 Posted by Arnaldo DeSouteiro at 8:53 PM