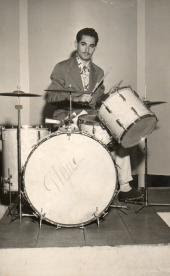 Drummer for the Orquestra Tabajara, led by his brother Severino Araujo, Plinio Araujo died yesterday, Sept 2nd, in Rio de Janeiro, RJ. He was 94 years old and still active! The best big-band drummer in the history of Brazilian music, he played for over 7 decades, taking part in the most important albums released by the Tabajara as well as on tenorist Zé Bodega's solo masterpiece, "Um Sax No Samba." In the 70s, he also took part on albums by Jards Macalé and Zé Ramalho. Rest In Peace. 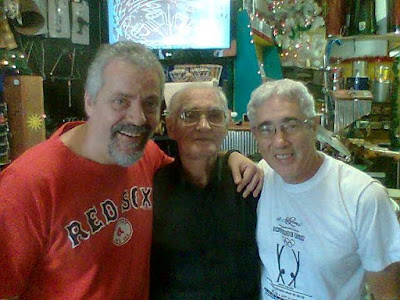 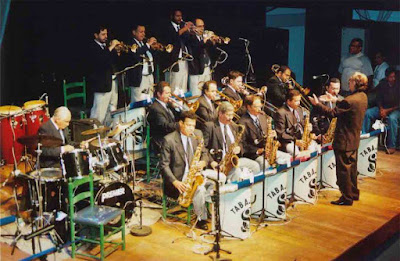 Plinio Araujo performing with the Orquestra Tabajara
Posted by Arnaldo DeSouteiro at 10:57 PM