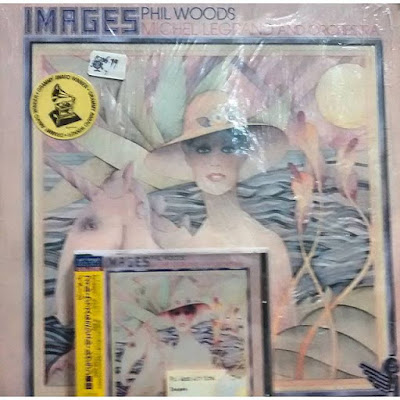 One of my all-time favorite musicians, Phil Woods (1931-2015), who just passed away earlier today, got his first Grammy award for this superb album, "Images," a collaboration with Michel Legrand recorded in 1975 and reissued on CD only in Japan (in 2002.) I know that, in a historic context, Charlie Parker (Phil's main idol, btw) is more "important" because of the bebop revolution.

But, IMHO, Phil is the best alto sax player in the history of music, an impassioned virtuoso that knew the exact balance between technique and emotion. He never did a bad recording. He never recorded a less than magnificent, phenomenal, perfect solo. His sound, phrasing, tone, fluency, lyricism are sublime. His career spanned nothing less than 7 decades!

I grew up listening to his solo albums as well as his collaborations with Michel Legrand, Quincy Jones, Sergio Mendes etc; the track "You Must Believe In Spring" (from Legrand's "Live at Jimmy's" LP) is the best performance ever done by an alto sax player. The title track from "Images" places #2, followed by "Once Upon A Summertime" (from "Legrand And Friends") and "Laura" (from "Twenty Songs of the Century".)

In my collection, I also treasure the albums he recorded as the main soloist of The Creed Taylor Orchestra in the late 50s/early 60s, true collectors' items. And the all-star session "Rhythmstick," a CD/LaserDisc filmed at Rudy Van Gelder's studio in 1989, on which he plays alongside Art Farmer, Dizzy Gillespie, Bob Berg, Charlie Haden, Anthony Jackson, Flora Purim, Airto Moreira and Tito Puente, is the best jazz video ever produced.

I was blessed with the chance to attend many of his concerts several times in New York at the Blue Note and three times in Brazil -- firstly in 1978 at the São Paulo/Montreux Jazz Festival, and twice in Rio, @ the Free Jazz Fstival with his quintet at the time that Tom Harrell was the trumpeter, and later @ the Copacabana Palace backed by a local band that featured the late Brazilian bassist Nico Assumpção -- and had the privilege to be introduced to him in NY by my long time friend (and his long time drummer) Bill Goodwin, to whom I'm forever grateful.

Phil had retired earlier this month, after a splendid concert (that was recorded!) at the Manchester Craftsmen’s Guild on which he recreated the legendary album "Charlie Parker With Strings" backed by the Pittsburgh Symphony Orchestra. Details and haunting pics in this link below:
http://www.post-gazette.com/ae/music-reviews/2015/09/06/Concert-review-Saxophonist-Phil-Woods-ends-playing-career-on-a-high-note/stories/201509070044

R.I.P. All my Love and Respect, from here to eternity. 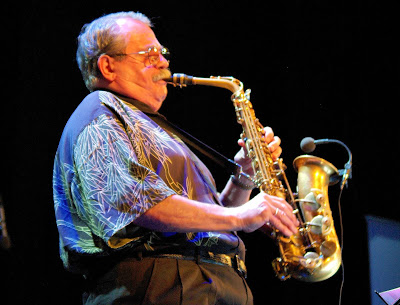 Message from trumpeter Brian Lynch: "Rest In Peace: Hero, warrior, master musician and jazz icon; mentor and friend. Being a part of your family made me feel like royalty. Thank you for the honor of 23 years being your "front line". I love you, Phil!" 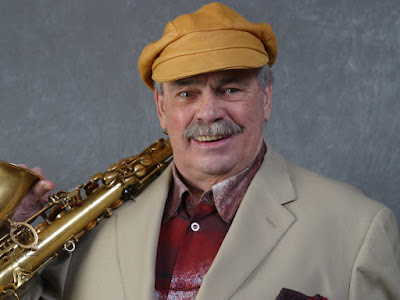 Posted by Arnaldo DeSouteiro at 11:03 AM