EPs of the Month - "Patrina Morris: Even in the End / Stories I Never Told You"

EP of the Month
Patrina Morris: "Even in the End" (Interplanetarycraft)

Patrina was born in India to Anglo-Indian parents and moved to England when she was just 6 months old. She was brought up in North London and lived there till her teens, when she was spotted by a model agent while working in a restaurant to pay for her Art School studies.

Soon she was living in Paris, Milan, Tokyo and New York, making her way in the world of fashion working for some of the most prestigious clients, appearing in Italian and German editions of Vogue, Elle and Marie Claire.

Music was always her first love and after a few years she decided to make a change and began working in the music industry as a singer & songwriter.. Her projects were varied, and early on she was fortunate enough to work with well known talents such as Paul Oakenfold, Talvin Singh, Andrew Hale (Sade) and Jon Klein (Siouxsie and the Banshees).

It wasn't until later when she moved to Portugal and learned to play guitar that she found her voice and began writing with Paulo Machado (bass and Fender Rhodes) and Ze Francisco Vieira (guitar) to create the sound she is becoming known for today. A year and a half ago they formed a band with Joao Francisco de Jesus (drums) and Joao Pedro Guerreiro (Rhodes), and started rehearsing and playing in Portugal.

Her debut EP, titled “Stories I never told you” was an easy introduction to her sultry sound which is reminiscent of the early beach samba sound of Brazil in the 70’s, now followed by "Even in the End," which includes the songs "Keep the Faith and Believe In," "Like I Stopped Breathing," "Turn Around," "Out Here," "Love Can Make You Cry" and "How Does It Feel."
With her eclectic taste ranging from Caetano Veloso to America, Toquinho, Ani de Franco, Jose Feliciano, Terry Callier, Bread, Burt Bacharach and Karen Carpenter, it's hard to define exactly how she achieves her gentle rhythm, but to her growing fanbase her bittersweet lyrics and gentle voice need no explanation. Both are available on iTunes, Amazon etc. Check it out! 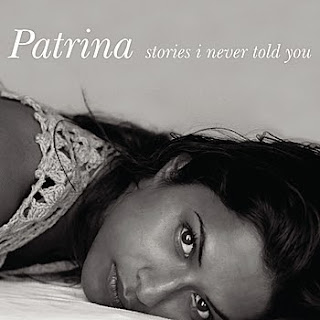