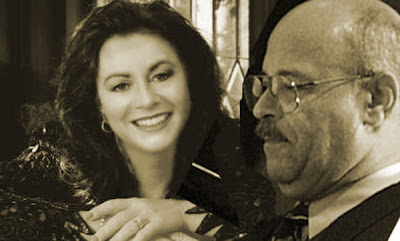 Born in Harlem, NY, pianist Llew Matthews first showed musical promise with a ukulele brought to him by his father. His first training came during his time at John Phillip Sousa Junior High School, when he began to play French Horn. Later, at the High School of Music & Art in New York, a teacher suggested that a good way to approach composition would be to study the piano. He went on to attend New York College of Music, studying piano and composition, and shared in jazz workshops headed by composer/lecturer Chris Swanson at Julliard School of Music. These experiences led him to play in local New York City jazz bands such as those led by Jackie MacLean, Kenny Dorham, and Latin Jazz Sextet + Two.

During the '70s, Llew did an 8-year stint in the U. S. Air Force, first as arranger for the 13th Air Force Band in the Philippines touring extensively in Southeast Asia, followed by a prestigious assignment in 1976 to the post of Chief Arranger for the Armed Forces Bicentennial Symphonic Band & Chorus. After leaving the military in 1977, Llew's writing skills were tapped by Discovery Records for albums featuring such artists as Charles Owens, Carl Burnett, Ernie Andrews, and Paul Humphrey. He then spent a year as pianist in "Pal Joey, 79" featuring Lena Horne in San Diego, CA.

After returning to Los Angeles, he conducted several music clinics in Southern California colleges with seasoned musical veterans such as Kenny Burrell, Bobby Hutcherson, and Nancy Wilson. He also tried his "pop music wings" performing with "Katz & Jammers" and later joined the "Doug MacLeod Band" in Redondo Beach. Other activities have included numerous festivals ranging from the Paul Masson Winery Jazz Festival in Northern California to the JVC Jazz Festival at Carnegie Hall.

In 1987, Llew became musical director, conductor & pianist for song-stylist Nancy Wilson, filling many posts simultaneously. As conductor of her jazz trio, he served as a cohesive force on her recent musical variety television show, "Red, Hot & Kool". Additionally, Llew arranged & conducted many songs in the past 10 years for Ms. Wilson to perform with various symphony orchestras, big bands, and trio. Wilson's latest recording was a Grammy award winner. He also appeared on her DVD "Nancy Wilson Live at Carnegie Hall," arranged & conducted by Masahiko Satoh.

Matthews has also recorded his own CD, "One 4 LA," released in early 1997. All the songs are his original compositions, and he shares his love of the art form with the listener as he discovers more joy in each song. Keep an eye open for Llew's latest works, featuring vocalist Jennifer Hart!

Jennifer Hart's bluesy voice combines the luster of Billie Holiday and the mellowness of Sarah Vaughan. Her repertoire spotlights Duke Ellington to Elton John... Fats Waller to Andrew Lloyd Weber. An accomplished vocalist who sings phoenetically in eight languages, and plays a soulful piano, Jennifer can make the room jump with a joyful tempo, give you chills with a raspy ballad, or create a hush with a tender love song.

After touring Scandinavia, Northern Europe and Singapore, performing in jazz clubs, piano bars, festivals and concerts, Jennifer has made her home in Southern California. She truly is multi-talented! She has appeared as guest vocal soloist with the Cypress Pops Orchestra, the Capistrano Valley Symphony, and is currently the featured vocalist with the Frank Amoss Orchestra and Arlene and the Guys Big Band and the Jazz Lite Octet .

On the more casual venues, restaurant guests have been treated to Jennifer's melodic tones and versatile piano playing during dinner. Jennifer is well known for her one-woman shows and also performs with her niece, opera singer, Laurinda Nikkel in the Nikkel-Hart Revue .
New Thought church members from Whittier to Temecula to Palm Desert enjoy inspirational performances from Jennifer's heartfelt songs most Sundays and on special occasions.
Jennifer Hart's music is straight from the heart!
Posted by Arnaldo DeSouteiro at 9:27 AM