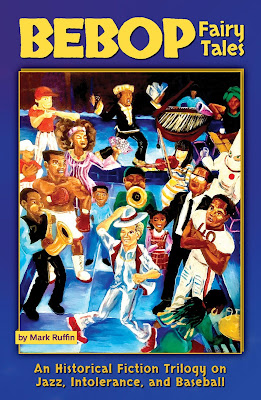 Mark Ruffin, known coast-to-coast as the afternoon drivetime DJ for SiriusXM's Real Jazz channel, celebrates his 40th anniversary in jazz radio in on September 1, 2020. Ruffin, who is also the program director for Real Jazz, began his first professional job in the business -- at Chicago NPR affiliate WBEZ-FM -- on September 1, 1980. In the time since, he has amassed an odyssey's worth of jobs, accomplishments, relationships, and stories, both real and imagined. (Three of the latter will be published September 1, by his Rough In Creative Works imprint, in his debut story collection Bebop Fairy Tales: An Historical Fiction Trilogy on Jazz, Intolerance, and Baseball.)

"I really have had a charmed life, man," says Ruffin, reflecting on his four decades in jazz and broadcasting. "I understood that the whole way, how fortunate I was -- but it's been amazing. I went 20 years at four jazz radio stations in one city! That's something that isn't even possible anymore -- but I did that." His career in broadcasting has brought him two local Emmys, Jazzweek's Duke Dubois Humanitarian Award, and the Jazz Journalists Association's Career Excellence in Broadcasting Award.

Ruffin can say without exaggeration that he has spent his whole life steeped in jazz. One of his earliest memories is of a robbery at his parents' record store on the West Side of his hometown of Chicago, while a Miles Davis record played on the store's turntable. "[It was] 'If I Were a Bell' -- where he starts it by saying, 'I'll play it and tell you what it is later,'" Ruffin says. "At the end the needle would come back to the beginning. I was scared, but I also remember that every time that voice came back and said that, I was okay."

It's only the first of the lifetime's worth of jazz stories and memories Ruffin has collected. Many more have come straight from the mouths of the musicians who he has interviewed over his four decades in radio: the interviews on which he's built his superlative reputation not only as a broadcaster and raconteur, but as an expert and historian of the music. What he didn't learn through his lived experience, personal and professional, he gained through his front-row seat to jazz history, soaking up the musicians' tales and lessons with the same ear for detail that he brings to programming the music. 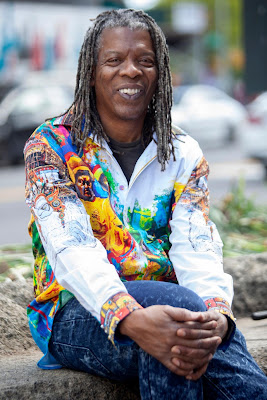 Mark Ruffin was born September 24, 1956 in Chicago, Illinois. His father, an electrician, set up a shop on Chicago's West Side that repaired TVs and radios on one side and sold records on the other. Ruffin's Records was also where Mark (and his five siblings) gained the technical and musical knowledge that would form the nucleus of his career in jazz radio.

Ruffin's first experience in radio was at Southern Illinois University in Carbondale, where he worked on the staff of campus radio stations WSIU and WIDB. His knowledge of electronics allowed him to earn his then-required FCC license; his love of the music gave him something to do when he was operating those electronics.

Mark Ruffin Bebop Fairy TalesIn 2006, Ruffin was hired by Harpo Productions -- Oprah Winfrey's shop -- as a producer on Winfrey's channel at what was then XM Satellite Radio. Rather than a gateway out of music radio, Oprah Radio proved to be a transition from jazz terrestrial radio to jazz satellite radio: By the fall of 2007 he had moved to New York to work at XM's Real Jazz, serving as program director even after the 2009 merger of XM and Sirius Satellite Radio and continuing until today.

On another front, Ruffin in the 1990s began to pursue writing fiction -- specifically, screenwriting, eventually becoming a 2003 semifinalist in the Sundance Institute's screenplay competition. One of his early (unproduced) screenplays, a Jazz Age tale in which Fats Waller is kidnapped by Al Capone, suggested a unique, jazz-focused form of historical fiction. Ruffin reinvented himself as a writer of print stories, and from 2003 until 2020 worked at the collection that has now become Bebop Fairy Tales. "How can I explain it, other than that it's about how powerful jazz is in people's lives?" he says. "I suppose the real thread behind all three stories is, 'intolerance is stupid.'"