Svetlana's album "Night At The Movies" debuts at #1 on the Billboard Traditional Jazz Chart! 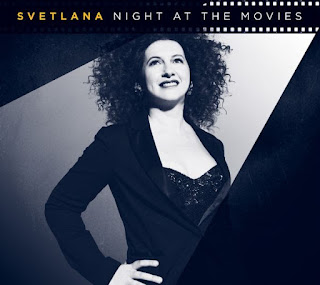 Svetlana's album Night at the Movies has debuted at number 1 on the Billboard Jazz Chart! We are over the moon for Svetlana and her band- this is an independent release so we're especially thrilled to see it do so well. This follows her sold out release show at Joe's Pub in NYC last week too!

Growing up in Soviet Russia as a young girl, singer Svetlana dreamed of a world beyond her grim reality. In the midst of Soviet oppression, Svetlana found solace at The Illusionist, a hidden movie theater in Moscow that frequently featured Western films and animated features. These movies were a breath of fresh air; a window into a world that a girl like her could only dream of. She was enraptured by the glamour of Catherine Deneuve in The Umbrellas of Cherbourg and Sophie Lauren in Marriage Italian Style, lifted by the humor of Louis de Funès in the Le Gendarme movies, and taken by the feeling of unbounded artistic expression and story-telling that was not answering to any political regime.

Informed by her experiences at the cinema and her imagination and artistic spirit, she began dreaming of the world beyond Russia. Years later, Svetlana made that dream a reality when she immigrated to the United States, and settled in New York where she first became an accomplished business woman and professor before realizing her childhood artistic dreams. As a musician, Svetlana rose to prominence as an in-demand singer and entertainer. She launched Svetlana and the Delancey Five, considered “outstanding” by Will Friedwald of the Wall Street Journal, and the group became known as “one of the best of the many hot jazz bands to emerge in the past decade” (according to Alan Young of Lucid Culture). The group toured nationally and across the world and released their critically acclaimed debut recording A Night At The Speakeasy (Origin) in 2015.

On her new recording, Night at the Movies, Svetlana revisits her love for the artform that has inspired her so: the movies. Now, the singer known as the “Astrud Gilberto via Moscow” (Grammy-winning Producer Guy Ecksteine) released her sophomore effort. Night at the Movies is a fourteen-track collection of film music that spans a century of cinema. Produced by veteran, Grammy-nominated producer Matt Pierson and featuring arrangements by Grammy-winner Gil Goldstein and acclaimed Rob Garcia, Night at the Movies takes listeners on a dynamic musical journey that ranges from the French New Wave and Soviet Cinema, to modern day Academy Award-winners and animated classics. The album release concert will take place on September 21st at Joe’s Pub in New York City. A full tour with performances in Washington DC, Maryland, Ohio, Pennsylvania, New Jersey, Connecticut, Massachusetts, South Carolina, Georgia, California and more will be formally announced shortly. 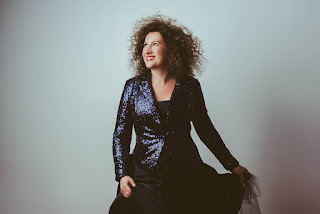 Every song on Night at the Movies tells a distinctive story. Svetlana reinvents Sting’s “In the Moonlight” (Sabrina, 1995), as a pillowy bossa bolstered by lush strings -  expressing hushed magic of the night, longing for a better future and fear of whether the magic lasts beyond the moonlight.  Svetlana bridges the century of movie music by jousting with Wycliffe Gordon’s croon and horn on two life-affirming tunes - a classic Ella / Louis rendition of “Cheek to Cheek” (Top Hat, 1934) and a bluesy version of ‪Pharrell Williams’ “Happy” (Despicable Me, 2010). The two express a jauntiness and warmth of interlocking vocal soloing that showcase the strong musical connection between the two friends.

Sullivan Fortner glistens eerily on “When You Wish Upon a Star” (Pinocchio, 1940) with a hushed anticipation that echoes his work with vocalist Cecile McLorin Salvant for sheer rapture. Svetlana’s vocals sound vulnerable, much like when one speaks aloud of their far-fetched dreams.  “Remember Me” (Coco, 2018) juxtaposes Svetlana’s airy vocal delivery with John Chin’s fiery piano verve, hinting at the heartbreaking duality between the beautiful memories of those we love and the deep sadness of losing them.  Svetlana weaves a dreamy smoky bolero on “Pure Imaginationl (Willy Wonka and the Chocolate Factory, 1971), accented by Chin’s tranquil Rhodes, Roggerio Boccato percussion and a poignant horn section.

Svetlana gives us a glimpse of her Russian “other-wordiness” (All About Jazz) by adding a subtle tropical flavor to a pensive Russian-language ballad “Noone’s In the House” (Irony of Fate, 1978 - and the Soviet counterpart to It’s A Wonderful Life with darker lyrics by the embattled Soviet poet and dreamer Boris Pasternak) complimented by Boccato’s enigmatic percussion and Pinheiro’s subtle groove.  Her meditative, expanded take of “Moon River” has a breathtaking dreaminess and vastness low-lit by Chico Pinheiro’s guitar and a hushed horn section.  Svetlana’s daughter Isabel joins her in a soothing conversation on the Charlie Chaplin classic “Smile” (Modern Times, 1936), which speaks to the timelessness of film and music that can cross generations and cultures. 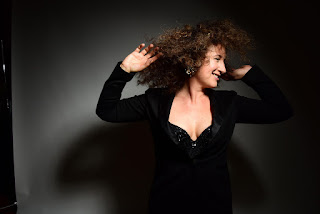 There are several more unexpected takes on movie classics courtesy of Gil Goldstein’s arranger’s pen: a vulnerable “It Might Be You” (Tootsie, 1982); the New Orleans-inspired “Watch What Happens” (The Umbrellas of Cherbourg, 1964) a dreamy-eyed enticement of Stephen Sondheim’s “Sooner or Later” (‪Dick Tracy, 1990) where Matt Wilson and Sullivan Fortner subtlety channel decades of torchy saloon balladry; and a dixieland rave-up of Randy Newman’s “Almost There” (Princess & The Frog, 2009) that is supported by hot jazz super-team Gordon, Fortner, and Jon-Erik Kellso.

The album concludes with “Over the Rainbow” (Wizard of Oz, 1939), a pensive duet with Sony recording artist Pasquale Grasso. The concluding song brings the album full circle as it connects Svetlana’s childhood hopes of making that magical land from the movies a reality.

Film and music both express a fleeting beauty. Night at the Movies reflects these moments of joy and passion, sharp humor and reflection, and most of all, fantasy. Svetlana’s childhood dreams were born from that mysterious movie projector and this is her love-letter back to the cinema that saved her.
Posted by Arnaldo DeSouteiro at 7:49 PM