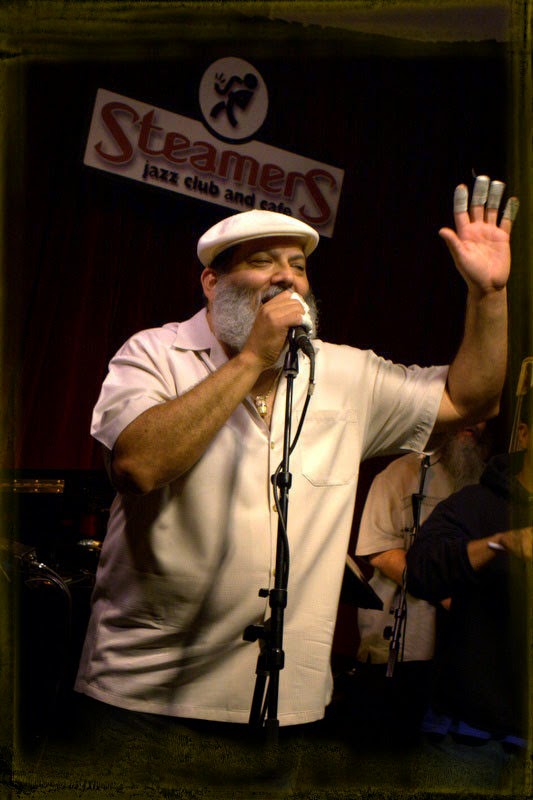 At 24, after working his way around the local club scene for several years, he landed a permanent spot in Cal Tjader's band in 1975. "I learned a great deal from Cal," says Sanchez, "but it wasn't as though he sat me down and taught me lessons like a schoolteacher. Mostly it was just a matter of being around such a great guy. It was the way he conducted himself, the way he talked to people, the way he presented himself onstage. He was very elegant, very dignified, and when he played, he played beautifully. The touch that he had on the vibes - nobody has that sound. To me, he was - and is, and always will be - the world's greatest vibe player." Now, Poncho Sanchez became a legend himself, and a perennial winner in the Percussion category of the DownBeat Polls. 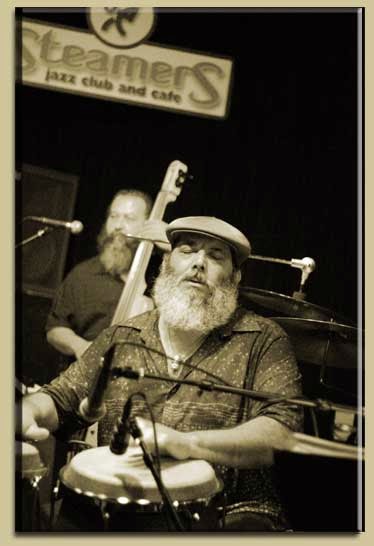 Posted by Arnaldo DeSouteiro at 10:05 PM