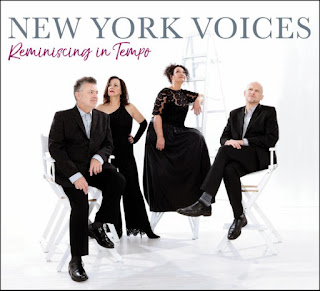 New York Voices Celebrate 30 Years of Singing Together With "Reminiscing in Tempo,"
Set for Release August 16 by Origin Records

Thirty years after they began, the members of the vocal jazz quartet New York Voices remain undimmed in their commitment to making music together -- a commitment they celebrate with "Reminiscing in Tempo," set for an August 16 release on Origin Records. Produced by Elliot Scheiner, the album reaffirms NYV's position in the elite of vocal jazz with an ambitious program of originals, standards, rediscovered jazz gems, tunes by Ivan Lins and the Beatles, and two pieces by 19th-century Cuban classical composer Ignacio Cervantes. 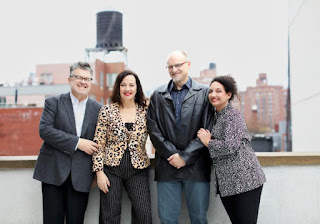