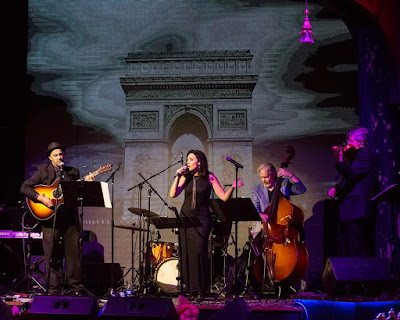 Bamiyan is the place in Afghanistan where the enormous statues of the Buddha were destroyed by the Taliban in 2001.  But this song is really about what can never be destroyed - faith and hope.

"We originally wrote the song in English and we recently collaborated with a French songwriter who re-invented the lyrics into French," Julia says. "I have a dream to share this song with more people around the world and to get this song into a film or TV project to inspire more people.   If you would like to share it with people you know, I would love that!"

So, here it is! https://soundcloud.com/french-singers-la/bamiyan-mfinal-cdeq-3

Next December 1st @ Sofitel Los Angeles, Paris Chansons, presents "Autour du monde" (Around the world) featuring their original renditions of French favorites from Aznavour to Zaz plus some international gems. New songs and surprises await you including a special dance performance by the Cabaret Versatile dancers! 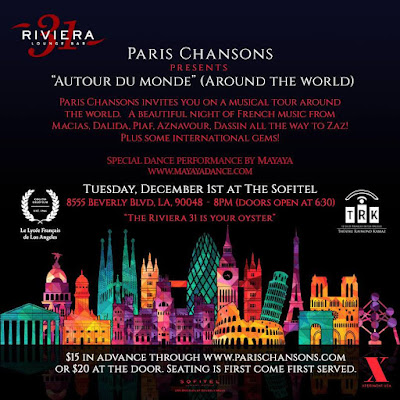 Posted by Arnaldo DeSouteiro at 7:27 PM