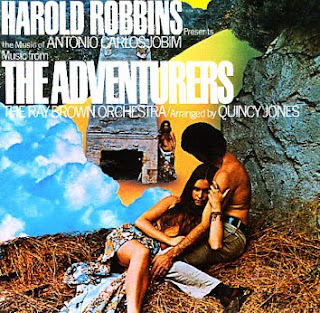 "Music from The Adventurers" is an intriguing re-working of the Antonio Carlos Jobim soundtrack to the trashy 1970 film "The Adventurers," based on a Harold Robbins novel best-seller. Also includes tunes by Eumir Deodato, Ray Brown and Norman Gimbel.
Posted by Arnaldo DeSouteiro at 5:37 PM