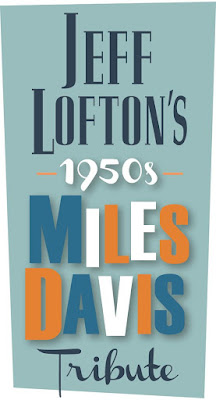 From the historic Victory Grill in Austin to the New Faces Series at the Iridium in New York, Jeff Lofton's 1950s Miles Davis Tribute has thrilled jazz fans for ten years!
The show features Davis' compositions and interpretations made famous by the first great Miles Davis Quintet during 1950 - 1959, and includes excerpts from "Kind of Blue." 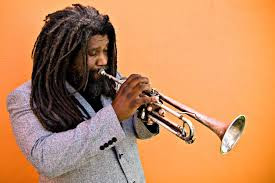 Jazz trumpeter, composer and bandleader Jeff Lofton studied composition at the University of South Carolina and moved to Austin in 2007 at the age of 40. Since then his career has grown from being mostly unknown, to a local favorite and to national and international recognition.

"Listen up Miles Davis fans..." from the Austin American-Statesman and "... channels Miles Davis..." from the Daily Texan were some of the early reviews when Lofton arrived in Austin, and debuted the tribute show at the historic Victory Grill. Mostly unknown to the local jazz scene, word-of-mouth drew people to hear his unique sound at small bars in East Austin. Soon his shows were being described as "...crazy good and crazy crowded." (Joe Gross, Austin American-Statesman).

In March of 2010 "Jeff Lofton's 1950s Miles Davis Tribute" drew a large crowd at One World Theatre with the help of media sponsor NPR affiliate KUT/KUTX, though competing with opening night of SXSW in nearby downtown Austin.  The show has been also been featured in the New Faces Series at the Iridium Jazz Club in New York, and at the Blanton Museum of Art at the University of Texas along with the "Birth of the Cool" exhibit. As part of the 2011-12 season at The Carver Cultural Community Center in San Antonio, the show was recorded and broadcast for KRTU Jazz 91.7 FM's ten-year anniversary Year of Jazz series. The show has also been presented at the Scottish Rite Theater in Austin; Scat Jazz Lounge in Ft. Worth, The Cultural Activities Center in Temple and the One World Theater in Austin.

Lofton was recently featured in Japanese Airlines magazine, and as an American Icon in a national ad campaign for Macy's. Lofton opened TEDxAustin in 2012 accompanied by pianist and composer Graham Reynolds, he was voted Best Horn Player '13-'14 and Best Jazz Band '10-'11 at the Austin Music Awards during SXSW; January 15, 2009 was named "Jeff Lofton Day" by the City of Austin; and he was inducted into the Texas Music Museum. Lofton's debut at Snug Harbor in New Orleans included renowned drummer Jason Marsalis.