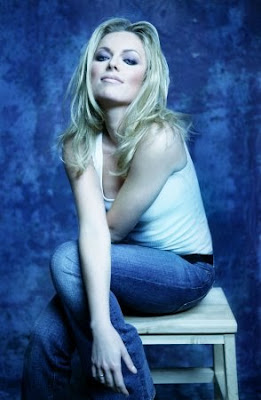 Lanre Barake reports about "a new kind of jazz coming out of the UK at the moment", a mix of "jazz with grime, jungle and house" that creates "a sound that works on dance floors and festivals, as well as in jazz clubs". Barake also talks to the drummer and bandleader Moses Boyd who emphasizes the role of streaming sites and online radio for bringing "this new breed of jazz to a wider population" and stresses that he doesn't care whether purists might or might not call his music jazz, because for him "jazz is about creative freedom" ( The Guardian). --- Mathias Bäumel recounts the history of the Jazzclub Tonne in Dresden, Germany, which was founded 40 years ago as a formal association of a group of jazz fans within the Dresden Kulturbund federation and soon organized concerts and sessions in different venues before they were offered a cave (a barrel vault = "Tonnengewölbe") to organize concerts of everything from traditional to free jazz. After reunification the supporting association was re-chartered; the new club established a fall festival in addition to the regular concerts. Economic problems caused another restart in 2002, however, water damage forced the organizers to close its long time venue but also allowed them to move back to their original location under the Kurland Palais in 2015 ( Dresdner Neueste Nachrichten ).

Rob Garratt talks to the Lebanese pianist, based in the United Arab Emirates,  Tarek Yamani about the connection between the folk music of the Gulf region and jazz being Africa, about his own kind of music which he calls "Afro Tarab", as well as about his childhood in Beirut in the 1980s where because of the imminent danger his piano teacher eventually refused to come to his family's home ( The National). --- Sarah Aswell talks to the saxophonist Brad Leali about informal lessons with Denver saxophonist Billy Tolles had shaped his musical aesthetic, about what it takes to find one's own sound, about teaching being an important and satisfying part of his professional life because the students ideally learn as much from it as the teacher ( Missoula Independent).

James Karst reports about New Orleans one-hundred years ago when jazz was not held in high esteem as it is today. He looks at his own newspaper's stories covering the jazz scene of the early 1920s, finding clichés and racist caricatures, arguing that an especially odd review from Tom Anderson's cabaret from February 1922 might very well describe a set by the young Louis Armstrong, only a few months before he boarded the train to join King Oliver's band in Chicago. Karst also explains that according to evidence this train journey might have been in late July rather than on 8 August, as most books about Armstrong (and the maestro himself) have it ( New Orleans Times-Picayune). --- David Gonzalez reports about how culturally vibrant the Bronx once was. He explains efforts to help musicians retain affordable housing as gentrification has led to rising rents. Gonzalez talks to Nancy Biberman of Whedco, a nonprofit housing end economic development group in the Bronx, about the lack of affordable housing for aging musicians, to the late Dave Valentin's manager Richie Bonilla about the reality of many sidemen working non-musical day-jobs, as well as to the pianist Valerie Capers about the fact that just to organize benefits for musicians in need of help can't be the solution ( New York Times). 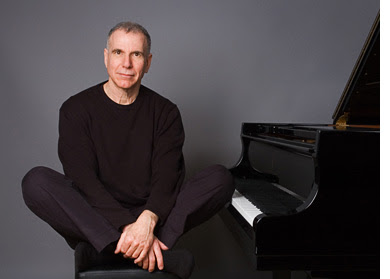 Philip Watson talks to the pianist Marc Copland (pictured above) about the tendency of pianists to play fast, about the importance of the piano sound, about early influences on the saxophone such as Paul Desmond, John Coltrane and Jimi Hendrix and his switch back to the piano when he was in his mid-20s, as well as about taking up the stage name Copland because of his love for the composer Aaron Copland ( Irish Examiner). --- We read a conversation with the South African trumpeter Roy Sokuyeka about his start in jazz, about how he picked up the trumpet by chance because an older musician presented him with it, as well as about his move to Cape Town in 1964 where he continues to perform, now together with his youngest son, the trombonist Stephen Sokuyeka ( News24).

Reiner Kobe talks to the German clarinetist Michael Riessler about the music he wrote to accompany the 1918 silent film "Der rote Halbmond", about the freedom of developing a parallel dramatic curve through the music and thus helping to restructure the shortened film which in its original version lasts for four hours ( Badische Zeitung). --- A.O. Scott sees Kasper Collin's film documentary "I Called Him Morgan" about Lee Morgan's life and death which includes excerpts from an interview with Helen Morgan, the trumpeter's wife who shot him in a Manhattan nightclub in February 1972 ( New York Times). Michael Kaplan talks to Larry Thomas, the North Carolina professor who had met Lee Morgan's wife Helen attending one of his lectures and convinced her to be interviewed about her life and relationship with the trumpeter ( New York Post). The film historian Cynthia Fuchs gives a more filmological analysis of the documentary, pointing out that it is both about the story of Lee and Helen Morgan and about storytelling in general, about "how different strands come together and fall apart, how listeners participate in that process" ( Pop Matters). Michael J. Agovino talks to the film's director Kasper Collin ( The Village Voice), as does Leonard Lopate in a radio broadcast in which Lopate and Collin are joined by the bassists Paul West and Larry Ridley ( WNYC). Nick Schager sees the documentary as well ( The Daily Beast).

Julia Oller talks to the saxophonist Joshua Redman about the reaction of his father, the late saxophonist Dewey Redman, when he learned that his son wanted to become a musician as well, about his project "Still Dreaming" in which he pays tribute to the older Redman's quartet Old and New Dreams, as well as about jazz being very much alive yet not being "click-bait music" ( The Columbus Dispatch). --- Bruno Pfeiffer talks to the Swiss pianist Colin Vallon about drawing inspiration from human nature, about the influence of Brad Mehldau's piano style and the importance of Johann Sebastian Bach's music for his own musical development, as well as about some of the other things he listens to, from contemporary composed music, the history of jazz piano, to Bob Dylan, Leonard Cohen and Tom Waits ( Libération). 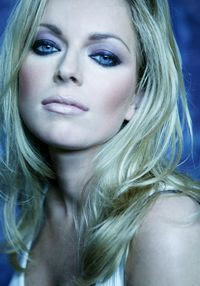 Preeti Singh talks to the Polish vocalist Anna Maria Jopek (pictured above) about characteristics of Polish music such as a lyrical sound, Polish folk scales and folk harmony, about the influence of her father, the opera singer Stanislaw Jopek, about the significance of jazz in world music, about her approach to the creative process, about performing together with famous jazz and pop artists as well as about her concerts in some of the most prestigious halls and how any type of venue can inspire her ( Sunday Guardian Live). --- Rob Garratt talks to the trumpeter Wynton Marsalis about the suffering every artist lives through, no matter how successful he or she may be, as well as about his own musical conservatism which, as Garratt writes, "is not a mindset or aesthetic preference, [but] more of a quasi-religious belief" (The National).

We mourn the passing of our colleague and friend Ekkehard Jost who died last Thursday (23 March 2017) at the age of 79. Ekkehard Jost was the doyen of jazz research as a musicological field in Germany, a representative of systematic musicology whose books and analytical insights changed the discourse about jazz and improvised music far beyond our country. His book on "Free Jazz" (1975) which earned him his professor's title was the first academic publication going deeply into this music. His "Social History of Jazz in the USA" (1982) remains one of the best studies of how jazz history has to be viewed in the context of social reality. His "Europas Jazz, 1960-1980" (1987) was exemplary in analyzing how European jazz found its own directions.

He was one of the main researchers behind the 1988 exhibition "That's Jazz. The Sound of the 20th Century" which resulted in an 800-plus page catalogue with essays about all aspects of international jazz, history, aesthetics, the connection to other art forms and more. Jost advised the city of Darmstadt when it decided to open the Jazzinstitut in 1990, and for many years he was a regular guest at our Darmstadt Jazzforum conference the first one of which (one year before the Jazzinstitut's inception) he had organized himself.

Ekkehard also was an excellent baritone saxophone player with a deep admiration for the sound of Gerry Mulligan, a fascination with the risks of free improvisation, and a political consciousness in many of his later compositions, among them a suite of songs from the Spanish civil war. While "Free Jazz" was translated into English right away, his "Social History", "Europas Jazz" and the Darmstadt catalogue sadly never were and thus, even though they offer prime research, hardly were referenced in English-language studies. Ekkehard Jost lived about an hour from Darmstadt; he and his wife were regulars at the Frankfurt Palmengarten concert series.

We will miss him as a friend, as a critical supporter and as a strong and insightful partner in discussions about the music. Farewell, Ekki!

Last Friday we staged a double JazzTalk concert (or as we like to call it a "Jazz DoubleTalk") at the Jazzinstitut's concert space featuring the Clara Haberkamp Trio in the first half and the Ilona Haberkamp Quartet with guest Ack van Rooyen in the second half. In between, mother and daughter, Ilona (saxophone) and Clara (piano, vocals) talked about inspirations both inside and outside of their family.

Last Wednesday the 25th Darmstadt Music Talks started with a film. At our local arthouse cinema we presented a current version of "Nachhall", a documentary about the Summer Courses for Contemporary Music in Darmstadt, and then talked to the film's director, Christian Gropper ( Darmstädter Musikgespräche).

This week started with a workshop for venues who plan to apply for the German club award APPLAUS or enroll in a digitization program for live music venues funded by the German government. We welcomed experts from Initiative Musik, the Berlin-based agency in charge of these programs, and interested participants from all over Southern Germany.

Wolfram Knauer will give a lecture about "The Subversive Power of Jazz" at the Free Jazz Festival in Saarbrücken next Thursday, 6 April ( FreeJazzSaar). He will travel to New York the next day to take part in a conference and several meetings. Arndt Weidler will be at the Neuer Deutscher Jazzpreis award competition in Mannheim on 8 April for which the Jazzinstitut Darmstadt serves as a cooperation partner. The spring conference of the Institute for Contemporary Music and Music Education will take place in Darmstadt, presenting one of their concerts (Melvin Poore) at the Jazzinstitut's concert space on Friday, 7 April ( Neue Musik). We are looking forward to another JazzTalk concert with the German bassist Sigi Busch and BuschMusic on 14th April ( BuschMusic).