SACD of the Month - "Michel Legrand: Twenty Songs Of The Century" 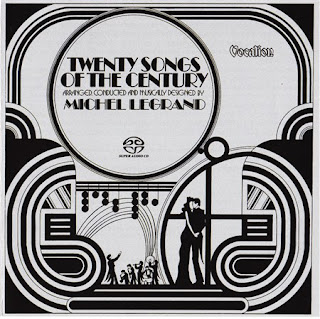 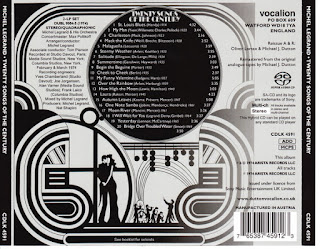 One of my desert island discs. A wondrous project, originally released as a 2-LP set with gatefold cover. A lesson in orchestration provided by one of the world's greatest arrangers. The album concept was/is very challenging, but Legrand succeded in all aspects, leading a 60-piece orchestra with tremendous soloists such as Phil Woods, Toots Thielemans, Marvin Stamm and Eddie Daniels soloing brilliantly on top of a equally brilliant rhythm section (Ron Carter, Grady Tate, Airto, Gene Bertoncini).

All of the 20 great songs appear on a way you've never heard them before, I swear! From W.C. Handy's "St. Louis Blues" to Antonio Carlos Jobim/Newton Mendonça's "One Note Samba" (Samba de Uma Nota Só) on which Legrand performs an unbelievably astonishing solo using two acoustic pianos, as if in a duet with himself, propelled by Airto's intoxicating batucada breaks.

The "multi-channel" effect of this SACD actually is the original quadraphonic mix from 1974, since the vinyl was released both on stereo and quad albums. A stereo K2 24-bit remastered CD had been already released in Japan in 2004 by BMG.