Soundtrack Release of the Month - "Miles Ahead" 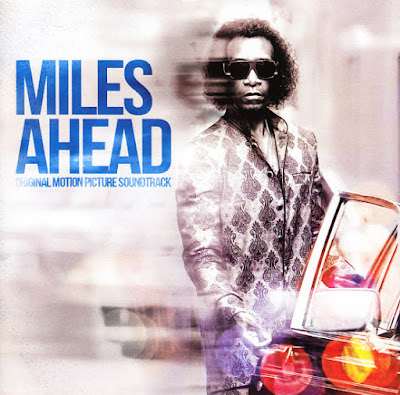 Soundrack Release of the Month
"Miles Ahead" (Columbia/Sony Music/Legacy)

A very cool record that's way more than just a set of songs strung together for a film – and instead a well-done album that mixes older Miles Davis material, both classic and rare, with new tracks handled by the mighty keyboardist Robert Glasper, plus a few bits of dialogue from the film, spoken by actor Don Cheadle who plays Miles' role.

Glasper steps out on a great way on his tracks – four new numbers, three of which are in a very Miles mode – with Keyon Harrold on trumpet on those tracks – and a shifting range of additional players that includes Herbie Hancock (keyboards), Wayne Shorter (tenor sax), Esperanza Spaulding (bass), and Kendrick Scott (drums). Glasper plays Fender Rhodes and his titles include "Junior's Jam", "Francessence", "What's Wrong With That", and "Gone 2015" – the last of which also features an appearance from Pharoahe Monch.

Even the Miles tracks are well-handled – not just the familiar ones, but also some rare material from album sessions brought together to make a well-rounded package, with titles that include "So What", "Solea (excerpt)", "Prelude #2", "Back Seat Betty (excerpt)", "Black Satin (edit)", "Go Ahead John (part 2 C)", "Frelon Brun", and "Duran (take 6 edit)."

Press Release:
The release of the movie MILES AHEAD, Don Cheadle's wildly entertaining and moving exploration of Miles Davis, will be accompanied by this new soundtrack featuring musical highlights from Miles' career and new recordings overseen by Grammy Award-winning jazz/hip-hop artist Robert Glasper.

This is a perfect primer on Davis' career for the new fan and a brilliant audio keepsake of the film for those who've studied his works inside and out. The album features 11 tracks from across Miles' catalogue from 1956 to 1981, select dialogue from the film featuring Cheadle in character, and five original compositions written, co-written, produced or performed exclusively for MILES AHEAD by Robert Glasper.

These cues include "What's Wrong with That?" a jam that closes the movie imagining Cheadle as Miles playing in the present day with guest performers Glasper, Herbie Hancock, Wayne Shorter, Gary Clark, Jr. and Esperanza Spalding; plus "Gone 2015," an end-credits song featuring guest verses from rapper Pharoahe Monch. Cheadle also pens new liner notes for the album discussing the selection and creation of the songs on the soundtrack. 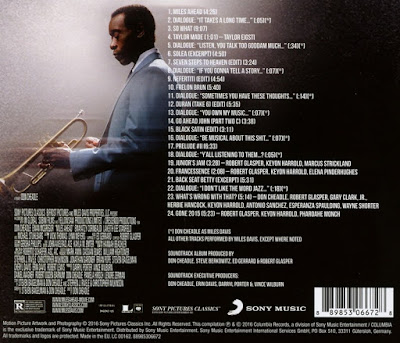 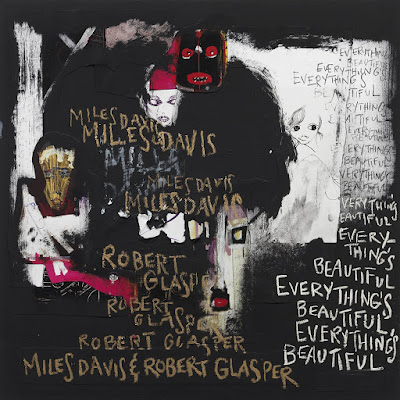 And...next May 27, Sony/Legacy will be releasing "Everything Is Beautiful," blending a diverse group of master takes and outtakes from across Miles' incredible tenure with Columbia Records (1955-1985) with original reinterpretations. Robert Glasper produded. "I didn't want to do just a remix record," Glasper noted when discussing the 11-song set. "My idea was to show how Miles inspired people to make new art."

Knowing that "Miles didn't have one audience," Glasper recruited a legion of diverse guest artists to add to the magic of the project including familiar collaborators like R&B musicians Erykah Badu, Ledisi, Bilal and KING.

...Yes, it includes Hermeto Pascoal's "Igrejinha" (Little Church), which debuted on the "Live Evil" album credited to Miles in the first pressing but corrected immediately to Pascoal's name as the real composer in the second pressing released three months later. However, many people still think that Miles wrote Hermeto's three tracks on that album - "Little Church", "Nem Um Talvez" and "Selim" (actually an alternate take of "Nem Um Talvez" recorded even by Bobby McFerrin as if it was a Miles' tune!) Let's see to whom these songs will be credited this time...
Posted by Arnaldo DeSouteiro at 5:35 PM