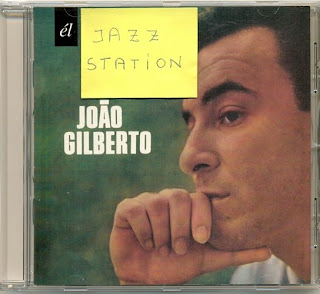 After the big sales of the European CD releases of João Gilberto's landmark debut album "Chega de Saudade" (in January 2010) and its follow-up "O Amor, O Sorriso e a Flor" (in January 2011) by the UK label Él Records, that same English company is now announcing the CD reissue of Gilberto's third and last album for Odeon (now EMI), simply titled "Joao Gilberto," recorded in 1961. As shown above, the Él logo was added to the original cover art, replacing Odeon's logo. The original catalog number (MOFB 3202), the original liner notes (by Ismael Correa) and the name of Francisco Pereira, who did the front cover photo, were deleted. This is a surreal situation: due to the long Gilberto X EMI battle (he already won the law suit, but didn't receive a penny yet), EMI can't reissue these three albums. But Él did it, based in the 50-year term of copyright protection that now transformed Gilberto's albums on public domain items in England. More: all the three aforementioned albums were already reissued by the Italian label Doxy, which will be reuniting them on a 3-CD box set scheduled for release next March 10.

The "João Gilberto" CD will be reissued in Europe on January 9, 2012 --with 23 bonus tracks (!) performed by other artists -- under the catalog number ACMEM223, with 35 tracks in total. Él is a division of the London-based Cherry Red Records Ltd., distributed in Europe by Pinnacle. It will soon be available also in Japan, distributed by the Solid Viper label on January 25 (catalog number CDSOL 7682), which achieved big success with the "unofficial" CD releases of the two previous Gilberto's albums.

This is El/Cherry Red's press-release:
The third album in João Gilberto’s trilogy of blueprints for bossa nova, following his celebrated 1959 debut, Chega de Saudade (ACMEM179CD) and its sequel, O Amor, o Sorriso e a Flor (Love, a Smile and a Flower) (ACMEM201CD) which followed a year later. 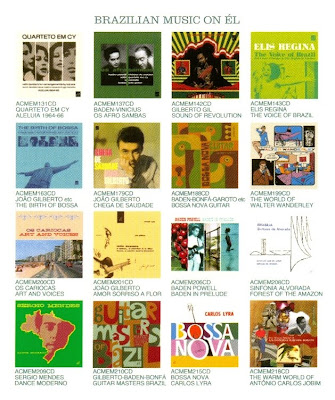 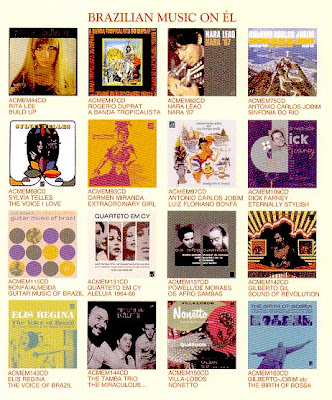 Posted by Arnaldo DeSouteiro at 8:16 AM