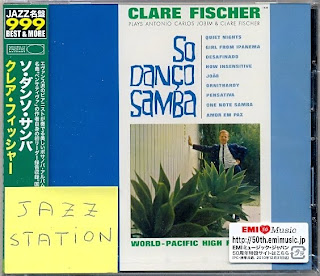 The program includes seven of Jobim's bossa nova anthems -- like "Desafinado," "One Note Samba," "Quiet Nights" and "Girl from Ipanema" -- plus three bossas written by Fischer himself: "Pensativa" (the first tune by a non-Brazilian composer that became a bossa standard), "Carnaval" (aka "João," in tribute to João Gilberto, originally recorded by The Hi-Lo's) and "Ornithardy."